A browser MMORPG developed by Bigpoint in cooperation with the experienced Norwegian studio Artplant. The game is based on the fantasy novel A Song of Ice and Fire written by George R.R. Martin. Game of Thrones: Seven Kingdoms is set in the same time frame as the first volume of the books and it focuses on the conflict between the houses Lannister, Baratheon and Stark, who all want to have their own man as the kings governor. In the game the player isnt a member of any of these houses.

SoccerStar is a humorous browser RPG produced by Playa Games with football fans in mind. Players take on the role of players starting their sporting careers. The game is about developing characters and playing matches between clubs. 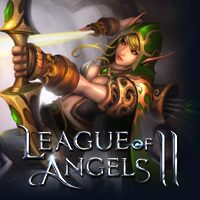 A sequel to the browser MMORPG game League of Angels. Similarly as the first installment, the sequel is a free-to-play game with microtransactions. League of Angels II invites the players to a fantasy world in which a constant fight against the forces of evil takes place. Combat in the game is turn-based and can be fully automated, allowing the team of a few persons to perform attacks and special attacks on their own.