Bloody Waters: Terror from the Deep

Bloody Waters from Pineapple Interactive is an original action game that gives you a chance to play in a rather rarely used character - a shark. It is also impossible not to notice some similarities with Renny Harlin's film Deep Blue Sea from 1999.

Combination of dynamic action/FPS game, comic ship pilot simulator and adventure game. The player as the title character, Mace Griffin, must discover the reason why his comrades in arms were betrayed.

A dynamic action game in which the title character is observed from the perspective of a third person. We travel through many strange worlds and fight against hostile creatures. 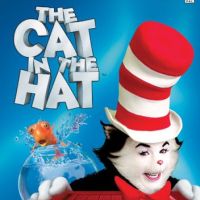 The Cat in the Hat

Action/adventure game based on the cinema hit by Universal Pictures, DreamWorks Pictures and Imagine Entertainment, entitled The Cat in the Hat.

A dynamic action game in which the main character is observed from the perspective of a third person. We play the role of one of the members of the title unit of soldiers, setting off to fight monsters.

Pilot Down: Behind Enemy Lines

An extensive action game with role-playing elements, in which we will also find elements of the sneaking. We go back to the Second World War and play the role of an American pilot, shot down while performing one of the secret missions, who has to get out of the hostile territory at any cost (the game takes place in Germany in 1944).

An adventure game with arcade elements based on the famous film "The Great Escape" from 1963. The player takes control of four Allied soldiers whose task is to escape from the German POW camp Stalag Luft III.

Evil Dead: A Fistful of Boomstick

Survival-horror under the license of the famous film trilogy. Once again we play the role of Asha and set off to fight the forces of evil. The hero uses a rich arsenal of weapons, including a chain saw that is well known to the fans of the series.

A dynamic action game with currently popular "stealth" elements, in which we become a special agent of the CIA government agency - Sydney Bristow.