Hasbro Family Game Night 2 is a social game that is an adaptation of a TV show. Players can compete in competitions inspired by popular Hasbro boards (e.g. Monopoly, Operation, Clue and Pictureka). The title was produced by EA Bright Light development studio.

Minute to Win It

Minute to Win It is an adaptation of a popular TV show, known to Polish viewers as "One Million in Minute". In order to reach for a virtual win, players have to face 10 skill-based competitions with varying degrees of difficulty. They have only 60 seconds to complete each task. The title was produced by AEg Solutions studio.

Cabela's Monster Buck Hunter is an arcade shooting of the kind of "target sight", for which the development team of Fun Labs studio is responsible. Players have the opportunity to test their reflexes and customs eye by shooting at virtual animals in 24 fishing grounds located in different parts of the United States.

Scene it: Twilight is an interactive quiz addressed to fans of Twilight. Players have the opportunity to test their knowledge about the plot, characters, places and various facts related to the film directed by Catherine Hardwicke. Developers from Screenlife studio prepared several hundred questions, including many enriched with audio-visual materials.

Dokapon Kingdom is a combination of a cRPG game and a board game. The action takes place in a fantastic kingdom, which struggles with the invasion of monsters. The king promises the daring riches and the hand of his daughter Princess Penny if they manage to deal with the monsters. The title was produced by Sting studio.

The first installment of the series of arcade hunting shootouts of the "target sight" type by the Jack of All Games development team. Players can take part in a virtual wildlife hunt in North America. The title benefits from an official Remington license, allowing creators to faithfully reproduce models of weapons and hunting equipment. 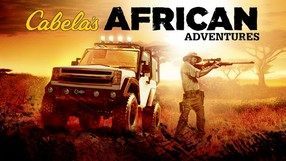 Andrew Lloyd Webber Musicals: Sing & Dance is a music and dance game, produced by Tubby Games studio with musical lovers in mind. Players can test their vocal and dance skills by performing 32 hits by the famous British composer. A maximum of four people can participate in the game.

Cabela's Adventure Camp is a set of eight arcade mini-games designed to play with the use of motion controllers. The main theme of the game produced by Cauldron studio are the attractions of the holiday camp. Players can prove themselves in such competitions as off-road cycling, shooting at darts or mountain kayaking.

Boot Camp Academy is a set of arcade mini-games by Zoo Games development studio. Players have the opportunity to play the role of a military recruit and undergo "training", including parachute jumping and terrain racing, but also making pumps and washing dishes. The game allows for a multi-player game with up to four participants.