More leaks about the Multiversus project, a fighting game featuring characters from Warner Bros.' most popular brands, have appeared on the web. This time they included developer's internal documentation with screenshots. The person who shared the materials also revealed some new details about the gameplay.

The documentation includeds a description of controls on both the Xbox pad and keyboard, so we can safely assume that the game is heading for both the PC and consoles. According to earlier reports, the mechanics are strongly inspired by the Super Smash Bros. series. The gameplay will take place in two dimensions, in spacious and often multi-level arenas. The leaker assures that one-on-one and 2v2 battles will be available, but we would not be surprised if the option of fighting larger battles also appeared. 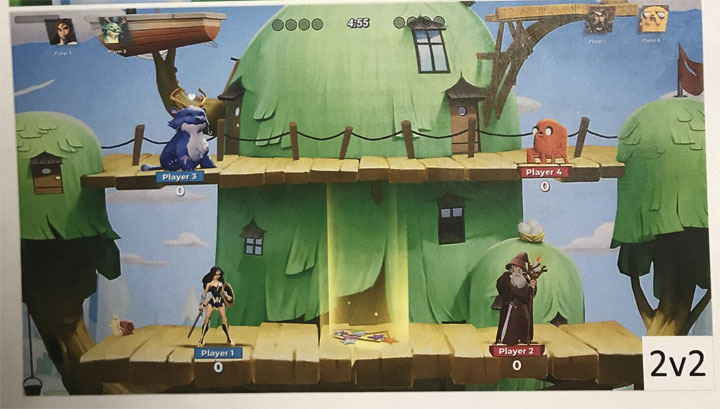 Among the characters not mentioned in previous leaks is Arya from Game of Thrones and Garnet from Steven Universe. The game has been in testing for some time, but each group of players is provided with a different incomplete version, containing only some of the characters. This is the reason why different sources report different fighter lists.

All characters are to be given alternative forms and each of them will offer a completely different costume. For example, apart from the modern Harley Quinn, there will also be an option to play her original version from Batman: The Animated Series.

The costume change will also often involve a different voice actor. Furthermore, according to the leak, Shaggy's move set is to be based on the Ultra Instinct meme. In turn, Rick is to use a weapon that creates portals through which only his allies can pass.

We still don't know when Multiversus will be officially announced. The rate at which new leaks are appearing, however, suggests that it should be soon.

New Doom or Quake in the Pipeline; id Software is Looking for Employees