Great news for fans of The Witcher! Precival, the band that played many of the songs you can hear in The Witcher 3 and the Heart of Stone and Blood and Wine expansions, including pieces such as Silver For Monsters, Steel for Humans, The Song Of The Sword-Dancer, will be performing on July 6, 2019, on 8 p.m. local (CEST). If youre not in Krakow on that day, dont panic  the entire Percivals concert will be transmitted via a livestream on our website.

Percival was established in 1999. From the very onset of their career, they focused on promoting early-medieval Slavic music. The name of the band, interestingly, is derived from one character conceived by Andrzej Sapkowski, the author of The Witcher series of books  the gnome Percival Schuttenbach, who appeared in the Baptism of Fire. The story doesnt end there. By naming his character with that name, Sapkowski was also inspired  by the figure of Wolfram von Eschenbach, and his opus, Parzival  a medieval epic written probably around the 13th century. The title Parzival finds the Graala  much like his counterpart from The Witcher. Good for Percival? Well, not really, considering he traded the trinket for a mule 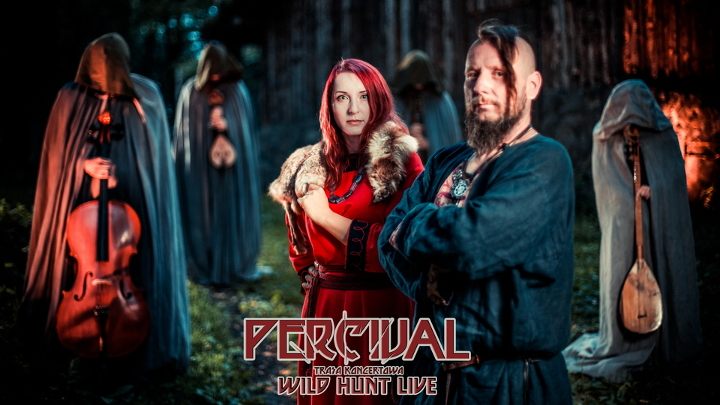 During the production of The Witcher 3, the devs wanted to place the logo of the band on the doors of Percival Schuttenbachs store. Marcin Przybylowicz, the music director from CDPR told the Polish media that there was such an idea, but that there was not enough time to do that.

In time, Percival evolved into two projects. Percival  closer to folk and Slavic music  and Percival Schuttenbach, a band with much grittier, sometimes almost heavy-metal sound. Their output includes a couple of very interesting albums (Slava, Strzyga or Dzikie Pola). One of the turning points of their career was creating the soundtrack to The Witcher 3 and its expansions, which prompted their world tour, titled Wild Hunt Live.

What time does Percivals concert begin?

The gig will take place in Krakow, Poland, on Saturday, July 6, on 8 p.m. CEST (UTC+2). Below, you can find the hour converted to other time zones:

The concert will take place as part of GRYOffline  an annual event held in Krakow, organized by our sister-site, Gry-OnLine.pl