The Witcher 4 is still a distant future. CD Projekt Group representatives confirmed that we will wait at least three years for Project Polaris.

The Witcher-related Sirius Project May Use Procedurally Generated World

Pawel Sasko from CD Projekt Red has confirmed that Project Orion - the sequel to Cyberpunk 2077 - will be developed by CDP Red North America. However, the foundation of the new team will be made up of developers from Poland - including Sasko.

FIFA 23 faces dissatisfaction from players. This time it's about the incorrect description of reward packs. EA has fixed the problem and promised compensation, but for many it's not enough.

In the latest interview, the founder of Hello Games talks about the process of porting No Man's Sky to Nintendo Switch consoles and declares that he will not change the company's current business model.

Valve has blocked the release of Chaos;Head Noah on Steam. This is all the more surprising because the game will be released on Nintendo Switch without any problems.

Finding the merchant frigate in Marauders causes a lot of problems for some people. In this guide you will learn how to find it and where the engine is located.

If you want to unlock the Gotta Peep Them All achievement in Grounded, then here you will find some useful information. This is because in this guide you will learn how to get Golden Cards.

Electronic Arts has prepared a real treat for hardcore Dead Space fans. All interested parties with a sizeable wallet can now place orders for the spectacular collector's edition of the remake of the iconic game.

More and more players are complaining about problems with Overwatch 2 servers. In this guide, you'll learn about a potential solution to the long queue problem.

CD Projekt RED has announced changes in its policy of releasing single-player games. Most new titles will receive multiplayer elements.

Marcin Iwinski Steps Down as Joint CEO of CD Projekt

It looks like the new games announced yesterday that CD Projekt RED will be working on in the coming years are just the beginning. The company is also experiencing staff changes.

Overwatch 2 Targeted by DDoS Attack, but Players Have Other Worries

Blizzard has a big problem. Hacking attacks were carried out on the servers of the just-released Overwatch 2, preventing many players from joining in the fun.

Electronic Arts has finally unveiled the first gameplay trailer from the Dead Space remake. Thanks to the footage, we know what to expect from the refreshed version of the 2008 survival horror game. Update: preorders start. 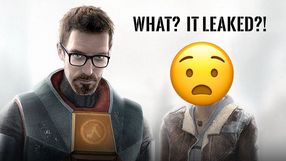