Not all installments of Men of War turned out to be successes. One of the biggest disappointments in the history of the series was Men of War: Vietnam from 2011. However, the series is lucky to have very dedicated fans, and one of them, going by the handle davoo68, released a modification that transforms this game into something worthy of interest.

The project is called MOW:VN - Unbroken Warriors. Its author took the most important fan patches, heavily modified them, and then added a large set of his own improvements. The end result is impressive - the mod fixes many of the most serious problems of the original and enriches it with a large set of noteworthy novelties. 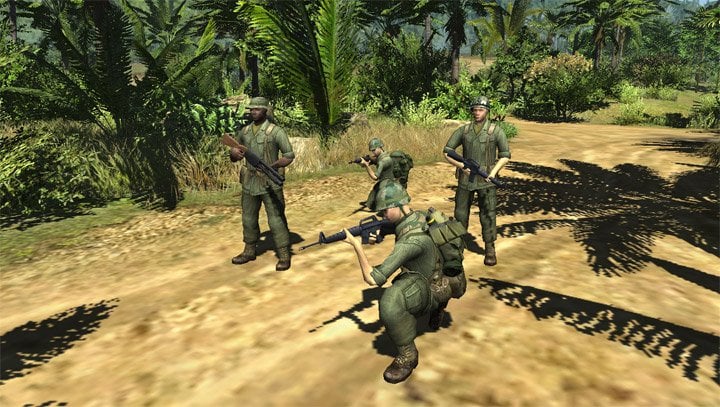 The currently available version of the mod is numbered 1.0. It introduces most of the planned improvements. The developer intends to continue working on it and wants, among other things, to implement additional missions. It is worth mentioning that over the years MoW: Vietnam has lived to see several notable fan-made scenarios, including Huey Down, Hill 606 Patrol on Road, Operation Breezy or Hamburger Hill.

Finally, let us remind you that Men of War: Vietnam was released in September 2011. The game is available exclusively on PC.

The game met with a cold reception, getting an average rating of 68% on Metacritic, and on Steam only 63% of user ratings are positive.