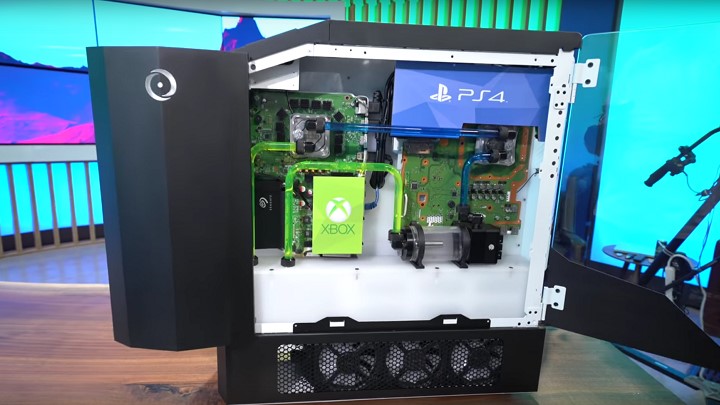 All the games in one place?

Many people often wonder about the choice of gaming hardware:PC or console? If a console, then PS4 or Xbox? How about Nintendo Switch? Origin PC has decided to make the decision easier for everyone who has a problem with choice and has created the ultimate gaming tool. Big O 2.0 is a monster with PS4 Pro, Xbox One X, Nintendo Switch and Nvidia Titan RTX graphics card.

If we had to call some hardware a perfect gaming machine, it would be Big O 2.0 created by Origin PC. From the very start, it is impressive to see how all the components are integrated into one 60.5 x 24.76 x 62.99 cm Super Tower case. In addition, it perfectly illustrates the connection between the console and the PC.

On the one hand, we have the typical console simplicity here. Simply plug the HDMI cable into a marked jack and connect it to your monitor or TV, then press the button to start the device. We also have very simple access to the most important ports, including the docking station for Nintendo Switch (after all, it is also a mobile console). On the other hand, as befits a gaming PC, the case is transparent, can be opened and offers all the typical PC ports. So if, for example, someone wants to play with water cooling, nothing stands in the way. 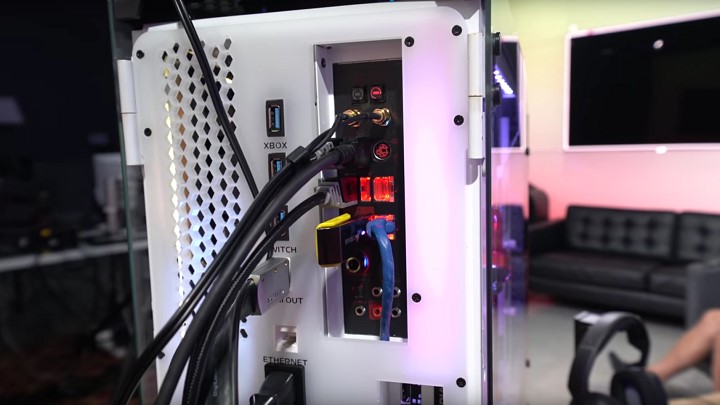 Cable management is not that difficult.

When playing, you can easily switch between the available devices. A special remote control governs the video signal, which allows you to switch from Xbox to PS4 or your PC in seconds.

Big O 2.0, as the name suggests, is the second generation gaming machine from Origin. The first one was created exactly 10 years ago, consisted of a PC and Xbox 360 and costed 17 thousand dollars. The device is not yet available on the manufacturer's website, so we cannot yet cry over its price or find out what accessories are included in the set. The copy prepared for Unbox Therapy included pads for all the consoles and gaming computer accessories from Corsair - a stand for St100 headphones, Void Pro headphones, M65 RGB Elite mouse, MM800 Polaris mouse pad and K95 Platinum keyboard.