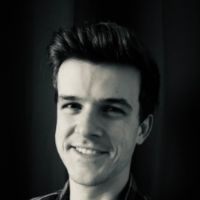 Gimmighoul, a new ghost type Pokemon that has two different forms, was revealed in a new trailer for Pokemon Scarlet & Violet.

In a series of “livestreams” hosted by the Electric-type Gym Leader, Iono, her partner Pokemon, the electric frog, Bellibolt, was revealed to be in the new Scarlet & Violet games.

In a new fourteen-minute trailer for Pokemon Scarlet & Violet, a plethora of new features were shown alongside a brand new evolution of a classic Pokemon.

The Pokemon Company hosted a unique presentation called the Pokemon Ecological Survey of the new region in Pokemon Scarlet and Violet, revealing the new Pokemon: Wiglett.

Unlike some other games in the genre, Hokko Life does manage to cultivate a relaxed and pressure-free atmosphere, but it still struggles to stand out amongst an already bloated genre.

The Legend of Zelda: Tears of the Kingdom Releases May 2023

A short trailer shown during today’s Nintendo Direct finally revealed not only the title of the Breath of the Wild sequel but a specific release date as well.

The Legend of Zelda: Tears of the Kingdom Releases May 2023

Everything Announced During Nintendo Direct

Today’s Nintendo Direct packed a lot of exciting announcements into the roughly 40 minutes of content, from The Legend of Zelda to Resident Evil, here is everything that was announced.

Everything Announced During Nintendo Direct

A brand new trailer for the upcoming Pokemon Scarlet & Violet showcased the three story paths that players can follow in this new open-world game.

In a new trailer styled to look like a nature documentary, the Poison Monkey Pokemon, Grafaiai, latest addition to the Pokemon Scarlet & Violet roster, was revealed.

A brand new trailer revealed several new mechanics for the upcoming Pokemon Scarlet & Violet, as well as a new Pokemon. Here’s a breakdown of what you need to know.

Soulstice is an action-heavy RPG that drops the player right into an epic fantasy world. Genuinely fun combat and an engaging world are bogged down by a few frustrating features.

A free update is coming to Mario Strikers: Battle League that will add Daisy and Shy Guy to the game’s roster. And the best part, the update goes live on Friday!

A new trailer announced Kirby’s Dream Buffet, a colorful and chaotic multiplayer game coming to the Nintendo Switch this summer.

The highly anticipated Mario + Rabbids Sparks of Hope had a fifteen-minute showcase from developer Ubisoft today that revealed new gameplay footage and information about the story.

Today’s Nintendo Direct might have just been a Mini Direct, but there were still a lot of announcements, from the Portal games to the Persona series, there’s a lot to talk about.