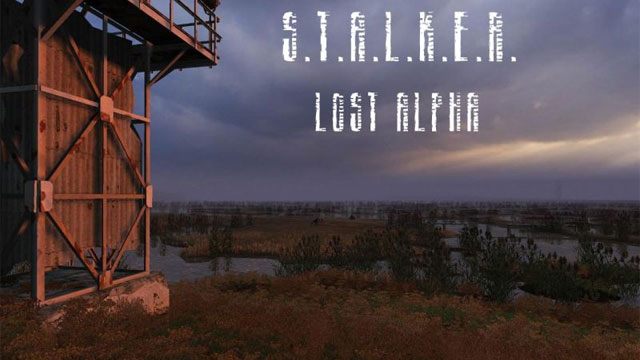 S.T.A.L.K.E.R.  Lost Alpha is an unofficial mod set in the universe of the popular series developed by GSC Game World. The goal of this modification is to recreate the original version of S.T.A.L.K.E.R.-Shadow of Chernobyl, as it was shown in the screenshots and video materials in the years 2002-2004. The modification was developed a group of fans under the name Dezowave.

Like the original game, S.T.A.L.K.E.R.  Lost Alpha is a first-person shooter set in an open world. The biggest feature is a completely new world map with a new storyline and a great number of new missions. The modification also improves the physics engine, graphics, introduces additional armament and a newfaction called Sin, which consists of Dark Stalkers. There are also new types of mutants. In addition, the mod also features cars which can help you travel through vast areas.

The production is more like a separate game and it does not require you to own a copy of S.T.A.L.K.E.R.  Shadow of Chernobyl. To install simply extract the downloaded archive and run Setup.