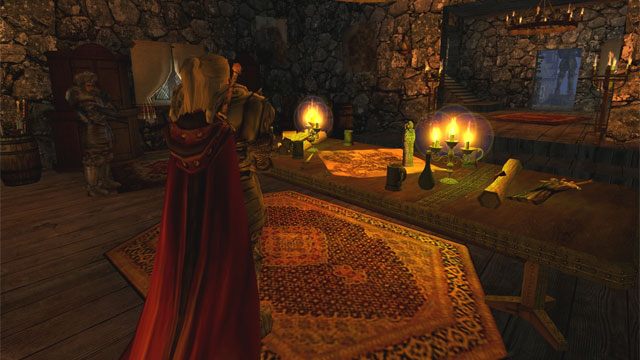 L'Hiver is a modification for the game Gothic II - the Night of the Raven . The original, in Russian, created Unknown111 and Polish version was developed by a group of T'Team .

highlight fashion graphic design is modified, extended locations Khorinis and (to a lesser extent) Mining valley. Jarkendar was modified almost imperceptibly that. Mod admittedly does not change in any way the plot, however, changes in the graphics are not everything.

It should be noted that the mod also significantly affect the balance of the game and increases its level of difficulty.

- monsters have increased statistics and the extent of which react to the player.

- lowered the value of items when selling them to merchants.

- Added a new ability - gutting animals - from now required to collect the meat of the killed monsters. To be learned from: Bospera (only after becoming his apprentice), Niclas Jack Alligator.

- Changed the effects of food (for example: roasted meat now restores the considerable value of life in percent).

- Being a journeyman Harada, we can learn to forge many new swords.

- we can improve on the anvil, some armor (leather armor + new armor).

- After completing the task with bloody cups, as a reward, we can choose a new armor.

- division of defense and injuries on the blade and obuchy.

- walking nameless style changes depending on the guild.

- and many other smaller changes ...

Note! Author fashion advice to set the visibility to 180%.

What changes the crack from the original fashion?

- Change the texture one of the images (reason: the original deemed too small climate).

- Change the texture of the sea in Khorinis (many people in this and we really did not like the original water).

- Change the texture of facial nameless (mod contains two new textures face meringue, but only one of them is used. Sorry - this uglier. We used so the latter).

- Change the texture of mushrooms (reason: mod He used the old texture Gothic, which on average, match the improved graphic design)

- As a loading screen game we used a screen that served as a fashion startup screen (reason: screen visibility made it difficult to move around the menu).

- changed position menu. Now it is positioned as a basic Gothicu 2NK, the center of the screen, and not as a modification - the right (reason: on some resolutions,

menu located on the right side was not fully visible).

to install the extrsct the archive, copy the contents of the folder it "Gothic II" to the folder with the game and express the consent to file swapping.