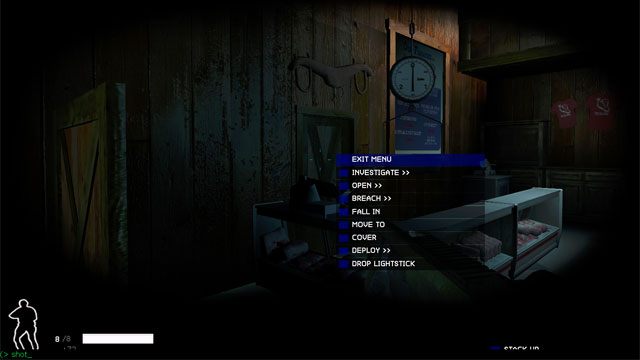 The goal of this mod to make the game as realistic as possible and to provide a challenging simulation experience beyond what was previously thought possible with SWAT 4. The authors sought advice from the original developers and SWAT officers on how to best improve the game's realism while keeping the original vision of the game intact.

A full list of changes can be found in changelog.txt

- Corrected muzzle velocities, magazine sizes and assigned real-world names to weapons. Also brought the MP weapons over to the SP campaign as unlockable weapons. Values on all less-than-lethal equipment have been tweaked.

- Allowed more equipment options in the singleplayer. Players can now choose armor for their AI team-members.

- Unified TSS and SWAT4 missions in a single campaign, along with unlockable guns.

- TASER equipment now has a possible chance to incapacitate civilians of specific archetypes. Be more careful when using those TASERs with the elderly. ;)

- Cleaned up the user interface

- Added more missions (not included on this repository) which are deemed "Extra Missions" and feature Irrational-quality maps.

How to install and run:

You will need SWAT 4 + The Stetchkov Syndicate Expansion. This repository doesn't include everything, it just includes the relevant code and class changes.

In order to play, simply move the contents of this repository into a folder in your SWAT 4 directory (SWAT 4/MyMod works) and run the CompileSource.bat. Wait for it to compile, and then run the LaunchMyMod.bat.

You can also access the editor from LaunchSwatEd.bat. There's no real changes from vanilla SwatEd (yet..)