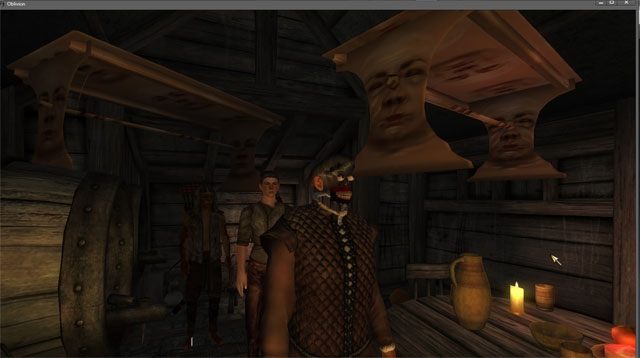 Blockhead is a mod for The Elder Scrolls IV: Oblivion, created by ShadeMe.

Blockhead is an OBSE plugin in its late forties that has had enough of the Oblivion engines limitations. Born in a robber button and brought up by a Dachshund named Colin, it learnt the harsh facts of reality early. Only to laugh at its face, tweak its nose and drop ice cubes down its vestments.

Over the course of its unnecessarily long and insipid life, it has achieved a great many things, such as:

The compulsory serving of asparagus at breakfast.

The ability to override the inventory menus idle animations.

The induction of the word contrafibularities in the Oxford English dictionary.

The ability to override head and body assets of NPCs on a per-NPC/per-Race basis.

The ability to override animations of NPCs on a per-NPC/per-Race basis.