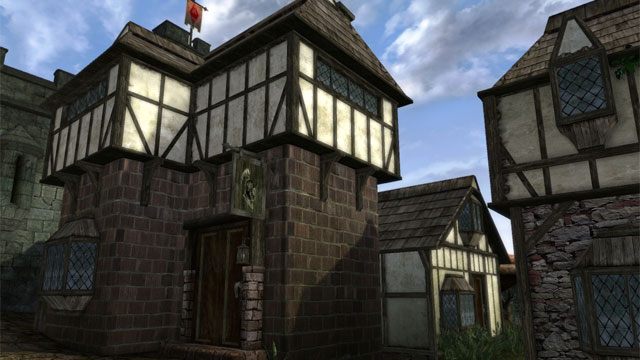 Morrowind Graphics Extender is a mod for The Elder Scrolls III: Morrowind, created by Timeslip and LizTail.

MGE is a project the wrap the various DirectX dlls used by morrowind. Despite it's name, it wraps the input dlls as well as graphics. It also interfaces with MWSE to make even more functions available to modders. A partial list of the current features includes:

> Fixes the white loading screens you get when trying to use antialiasing.

> Adds fullscreen, customizable hardware and software shaders, up to 32 of which can be run at once.

> Lets you take screenshots even when antialiasing is enabled, and in any of 6 different formats (bmp, jpeg, dds and png)

> Lets you use different fogging modes. (Including the more accurate ranged vertex mode

> 14 different types of macro that can be attached to any key, including entering console commands, changing MGE graphics settings on the fly, and remapping any normally unmappable morrowind controls.

> Time based triggers, which can be set to push keys after set periods of time. Useful for automatic saving.

> Lets you skip the opening movie and disable the console.

> Lets you use daggerfall style combat controls, where you move the mouse back and for to swing your weapon.

> Allows scripts to load .x files, and then position, texture, and apply vertex/pixel shaders to the loaded mesh.

> Gives scripts control over the colour of fog, the background, sky, sunlight and a few other global colours.

> Lets modders attach shaders to ingame morrowind objects, so that effects such as bump mapping can be applied.

> Provides an inbuilt shader editor to aid in writing your own fullscreen shaders, as well as many example shaders.

> Includes a feature to prevent morrowind hogging 100% of your cpu time.

> Priveds a utility to generate heightmaps and low details textures and meshes of your installed plugins, for use with the distant land feature.