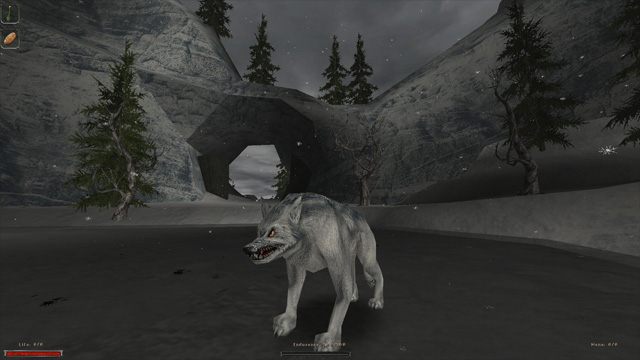 Gothic II: Requiem is a mod for Gothic II: Night of the Raven, created by Vic7im and BGB1.

The aim of this mod is make the story of G2-NOTR even better and the journey far more perilous than before, with old friends to meet, old(and new) enemies to face, improved AI, new textures, new quests, new weapons & armor and much much more!

Wide range of armors, all weapons, some NPCS & world textures have been improved (100% compatible with Vurt's Enhanced Graphics Mod)

Few Unique Armors with their own textures

Few Unique Weapons (although based on classic G2-Models)

URIZIEL is back in the game, and it's damn hard to obtain

Lots of 'em are making a comeback!

Possessed Templars (varying from light to heavy-armored, they'll hunt you down)

Not much to say here. You'll have to play and discover them yourself. (I would sell out Canthar, and join the Thieves Guild, and keep my eyes peeled in the Old Camp, and..)

Some quests which were reserved to a particular faction are now faction-independent (makes sense, the stuff going on in Khorinis is way too important for stupid disputes between factions).

ALL weapons, ALL armors, ALL Npc's and ALL monsters have their stats redone. It's MUCH harder, but VERY rewarding.

Every monster has a weakness, it's up to you to find it and exploit it.

Trolls and other monsters are more aggressive and aren't interruptable. Be very careful.

All Damage Tables were converted to Vanilla G2 / G1.

LP costs are changed, making every choice in terms of LP count.

The Mine Valley won't be a stroll in the park like before, I assure you.

Neither the Swamp in Jarkhendar.

For installation instructions consult the documentation from the archive.