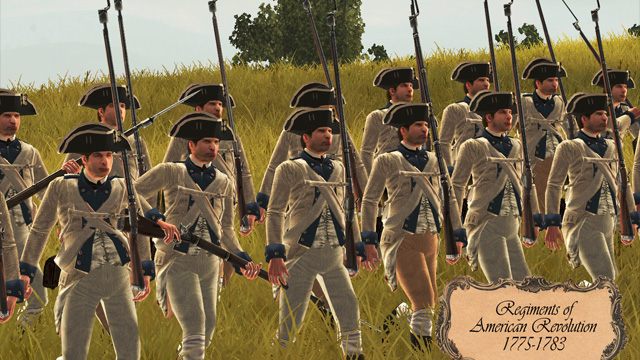 Regiments of American Revolution is a mod for Empire: Total War, created by HighOnTea.

Brings new units which represent famous regiments that fought during the American Revolutionary war 1775-1783. The mod will feature new, more historically accurate models and textures for uniforms, head wear and equipment used at different stages of the conflict. AVAILABLE FOR CUSTOM/MULTIPLAYER BATTLES!

2. Copy the *.pack file to your Empire data folder located in:

Use the last version of the Mod Manager or edit the user.empire_script.txt in this folder:

Making the mod compatible with DarthMod:

2. Click on the feature edit (user script) in the DarthMod launcher;