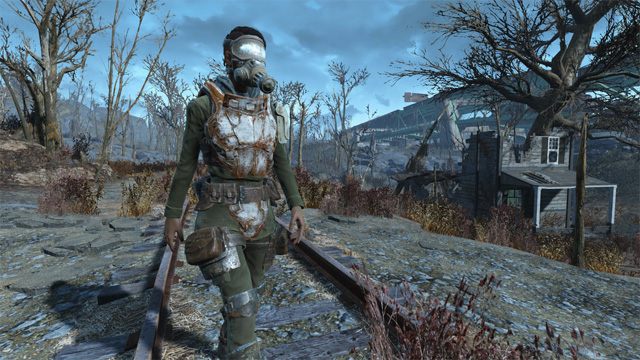 NPCs Travel is a mod for Fallout 4, created by skyquest.

This mod adds 88 new NPCs to the commonwealth.

Travel extensively in commonwealth and encounter in various places.

Travel destination is more than 200 places in the commonwealth.

Some travel destinations are unlocked by quest achievement or specific conditions.

Adventurers, Hunters, Scavengers are tradable but basically the assortment is poor setting.

Hunter will travel with a dog.

Hunter will sell items obtained by hunting, such as animal meat.

Scavenger will travel with a robo

Mercenary doctor is a doctor and dealing with medicl supplies.

Unlocked the first minutemen patrol if the over 10 settlements and the castle has been owned by player. The second is 20. Except DLC.

Unlocked after the Brotherhood of Steel arrives in the commonwealth.

All travelling NPCs will affected by the [iHoursToRespawnCell, iDaysToRespawnVendor] of game settings.

In addition, all travelling NPCs will reset after a elapse of 10 days. The timing is players sleep.

The mod become active after the Escape from Vault 111.

To install this mod use Nexus Mod Manager.

This mod requires all the DLCs.