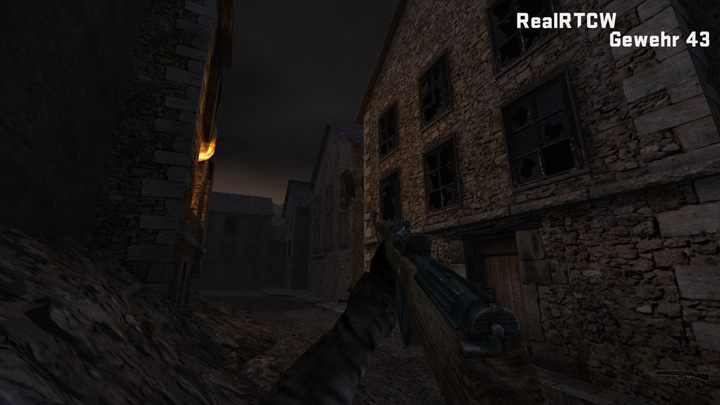 RealRTCW is a mod for Return to Castle Wolfenstein, created by WolfETPlayer.

The main goal of this mod is to make RTCW a bit more realistic and challenging, while still keeping it fun to play.

Based on 1.42d patch by Knightmare. Widescreen support included.

New Weapon Skins(pack of the best models\skins made by RTCW Community).

All heavy weapons are now decrease player movement speed by 25%.

HP of all nazies reduced.

Simply put all files from mod archive to your game folder. Don't forget to make backup of overwriting files.