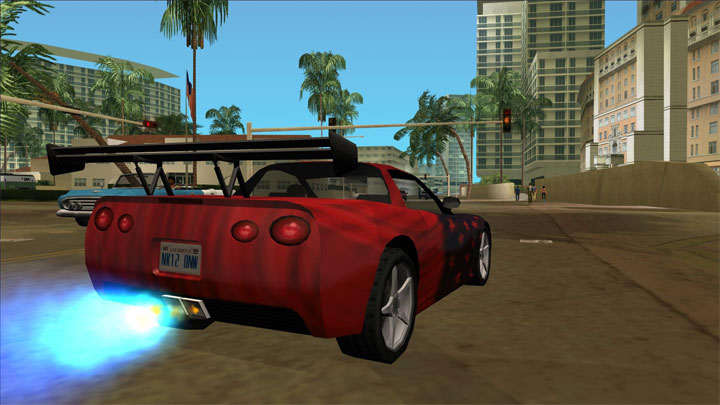 Description (in authors own words):

This mod focusses on implementing the old 3D era maps and combining them together on the San Andreas engine. This includes maps from GTA: III, GTA: Vice City, Manhunt, Manhunt 2, Bully, and ofcourse GTA: San Andreas itself. Not only are we adding the maps, we are also trying to implement the features these games have aswell. This includes hardware shops, vehicles, peds, weapons, and other content.

Everything is done in the same style as how San Andreas is.

GTA: Underground implements extra gangs into GTA: San Andreas which spawn in their respective cities. They also use their own weapons from the respective games aswell, and you can even take over their turfs.

TRAFFIC IN EVERY CITY

Every city is fully loaded out with safehouses with custom interiors from their respective games which can be bought, and with shops where the player can purchase vehicle tuning parts, junkfood, clothes, and much more. These shops are also marked on the map!

As stated above, we've implemented the interiors from the respective games. To make them feel more SA-styled, we've adapted all of the interiors to work with SA's enex system, which means custom entering/exiting animations.

All of the added maps also come with their own set of props, and even streetlights, signs, benches, and trash cans (and ofcourse more), and so we've made all of these custom objects breakable, and gave them all 2dfx, as seen in their respective games.

While spending time in Vice City or San Andreas, you are able to make money by purchasing assets from both games. Once you buy them, you can collect money from them by walking into a pickup.

GTA: Underground also adds (not replaces) all of the vehicles from their respective games, and they can be modified at tuning garages, and the added vehicles will even have unique abilities such as sirens, moving engine parts, and jet gears. Plus, all of them are redone to fit in SA. Added weapons can be bought from Ammu-Nation stores in added cities, and added peds can be seen roaming their home city.

Too lazy to fly to a different city? No problem! GTA: Underground updates the airplane ticket system so it will allow you to purchase plane tickets to and from these added locations.

SOLID ROOFTOPS AND BUILDINGS IN VICE CITY AND LIBERTY CITY

Since in GTA: III and GTA: Vice City a lot of the buildings were simply not solid at the rooftops, we've updated all of the rooftops so that they are and will be solid. In some places we even added extra detail and props to give these rooftops some new life!

We've also added a bunch of extra cheat codes from their respective games to let the player have some fun!

GTA: Underground is shipped with a vehicle spawner which allows the player to spawn every single vehicle from the game, including the added vehicles.