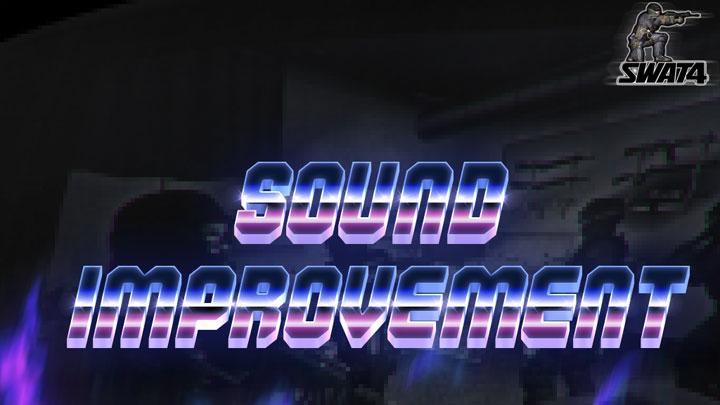 A mod that aims to improve the sound aspect of the game to feel new again.

SWAT 4 has an awesome sound design for a game from 2005-2006 but after playing for awhile you may become bored of hearing the same outdated sounds. This mod aims to fix this issue by replacing every weapon related sound to feel more "punchy". But that's not all, it also replaces every footstep, bullet impact and explosion sounds. This addon includes sounds from recent games like Insurgency, Insurgency: Sandstorm and Call Of Duty - Modern Warfare (2019) but it also includes some sounds made by me. Every weapon sound has been carefully edited to fit the SWAT4 Close-Quarters Combat (CQC) setting.

It also fix some SEF issues like missing sounds and adds new ones like shell casings sounds not being played in every weapon, suspects-only weapons not having unique sounds, third person sound variants missing in some weapons and more.

The mod is meant to be used on singleplayer and not multiplayer, although it could be used if a server has this files.

This mod is meant to be used with SWAT 4 Elite Force, so install it first.