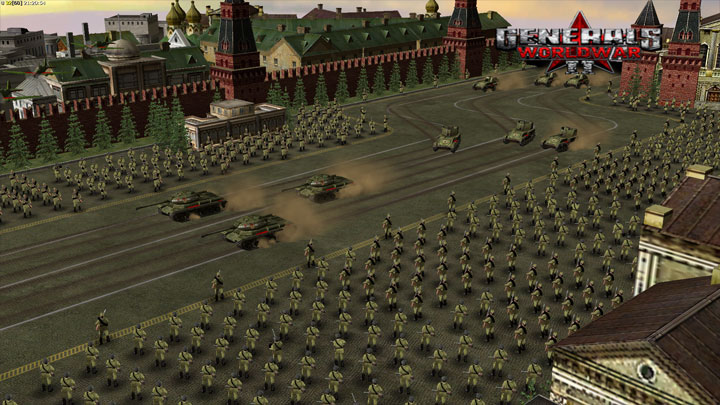 World War II is a total conversion GeneralsZH with a focus on multiplayer battles in the style of the Second World War. This mod can be considered a kind of "Russian answer" to the same mod for C&C Generals: Zero Hour of german production (C&C Generals Blitzkrieg), but production with "From Russia, with love" for players. You can select one of four parties: the Allied Army (Joint contingent of U.S. and UK), USSR, Germany or Japan. Supported a multiplayer game in GOL (Generals On-Line server of revora) and LAN (Hamachi, Garena). Your units have textures changes, depending on the map, and "veterancy" (for example, we have 5 different variants camouflage and coloring Tigers!). Each faction can determine the specialty (you can choose only 1 or not at all, only 3 specialties per faction), which gives it access to certain units, upgrades and abilities.

The game has a rank system (Hallo, PoContra!), but with the our unique feature:

New, improved balance in the game, upgrades and special abilities of units and factions

Updated hotkeys in the game

Select a music pack in the game

Campaign for the Allies (to be included later)

Campaign-training (to be included later)

New superweapons for all factions (to be included later)

Those parts of the game that will be added later, you can get through our launcher. About the release of updates will be posted here, in the information window launcher, and our group VK.