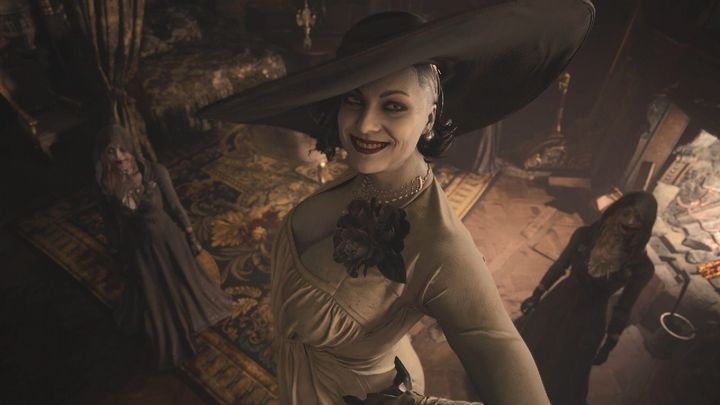 In this archive you will find a packane of savegames do Resident Evil Village, which were created by one o our editor.s

The archive contains a complete set of saves for the game Resident Evil Village, on the standard difficulty level, plus a so-called complete save, loading of which will allow to run the game in New Game Plus mode, with the option to select any difficulty level. As far as possible, the focus was on improving the basic arsenal, magnum and grenade launcher is in the inventory.

After unpacking the archive, we select the package of saves that we are interested in, and then upload it to the folder:

SteamID is given in numerical form, e.g. 23653218 and is different for each account registered with the service.

01 - Church in the village, first save

03 - Church in the village, after Luiza, before opening the gate to the castle

05 - After killing the first daughter in Dimistrescu Castle

06 - Duke's room - before going to the courtyard

07 - The castle terrace, just before meeting Alcina in her chamber

10 - Duke's room - four masks captured, before the fight with Alcina on the roof

11 - After the boss fight with Alcina on the roof

12 - In front of the house with the red chimney

13 - Access to the house with the red chimney open

14 - Altar, updated map with the positions of the three remaining lords

16 - The mystery of the mannequin on the operating table solved

17 - Return from the Beneviento house

18 - Altar, two containers in the collection

20 - Watchtower at the dam, before the boss fight (Moreau)

03 - Altar, three containers in the collection

04 - Otto defeated on his way to the fortress

05 - The beginning of the fortress

06 - After the big fight with the Lycans in the fortress

07 - Altar, four containers in the collection

08 - The way to the factory over the bridge

09 - The beginning of the factory

10 - Generator in the factory repaired

12 - Level B4 at the factory, after getting the Heisenberg key

13 - After meeting Chris, before the boss fight (Heisenberg)

15 - Complete savegame for use in the new game