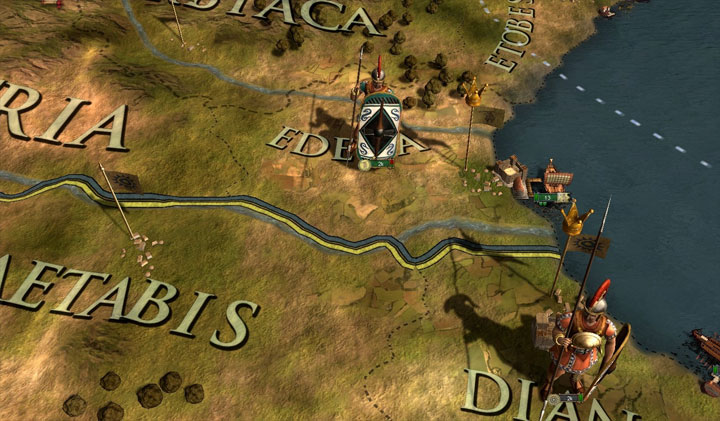 Imperium Universalis is a mod for Europa Universalis IV, created by  NightWarriorbg. Also..check out this projects Discord

We write the year 612 before the birth of Christ, the Middle East is caught in the middle of a conflict between the Assyrian Empire and the Medo-Babylonian alliance that has just torched the great city of Niniveh and is now marching on Assur.

In a different part of the world, the Greek poli are competing with each other over the Aegean hegemony, as city-states such as Sparta, Athens, Korinth or Argos continuously try to outdo each other.

Meanwhile, in a small Kingdom on the Italian peninsula, the seeds for the Roman Empire have just been sown while further south, Carthage is still under the boot of its parent state, eager to prove itself and enter the world stage.

On the other side of the Globe, the Chinese States exist in a delicate balance and relative isolation, fractured ever since the fall of the great Zhou a mere hundred years ago.

In Imperium Universalis you can take control of any of those realms and many hundreds more. This mod completely overhauls many aspects of the Europa Universalis 4 experience.

A completely new development mechanic, integrated special units, and time period-specific technologies are just a few of the features you experience.

Now will you forge an empire that will stand the test of time, through natural disasters and civil wars or will you shatter your spear against the walls of your many enemies?

If you have older version of the mod delete it first.