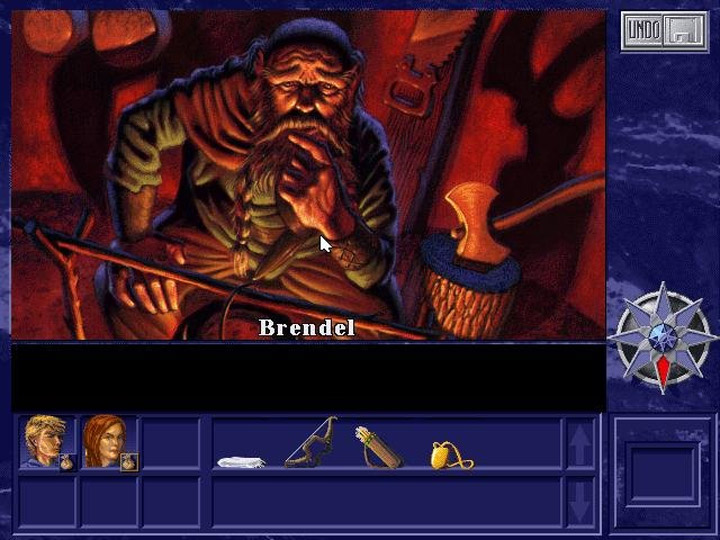 This is demo version of Shannara, a 1995 adventure game.

Brona, the ancient Warlock King, has returned! Slain decades ago, Brona's evil spirit has come back to wreak revenge upon those who killed him. Now, only the combined magic of the races can destroy him.

You are Jak Ohmsford. Only you can overcome the ancestral hatreds that divide the Four Lands, and only you can wield the magic that will defeat Brona. It is your destiny to save your homeland-but the price of destiny is far higher than you could have ever imagined.

This multimedia adventure features more than 30 speaking actors and tells a new story with the characters and settings of the No. 1 best-selling fantasy series.