The latest games from the Assassin's Creed series clearly show that it pays off to create large games. It pays off not only for players but also for developers. Especially in the inevitably approaching age of subscriptions.

Since the first microtransactions appeared in video games, developers of single-player games have tried to copy the success of online games in various ways. Small and damn expensive DLCs. Shoehorned and meaningless network modes. And then there's that ill-conceived idea to convert good games into live-service title, for which few have a good idea, but everybody has to take a shot. All these solutions were sometimes successful, but they turned out to be total failures or nothing but small injections of extra cash equally as often. The publishers' accountants probably couldn't figure out why their studios should make longer games and not demand extra money for it. And yet it turns out that it can be a pretty good business idea.

AC: Odyssey or the recently released Valhalla have so much content that they could easily be divided into several separate games and expansions. Instead, the players get hundreds of hours worth of content and only if that doesn't satisfy them, they can buy an additional dozen or so in the form of paid expansions. What else do these games have in common? They sell like hot cakes. 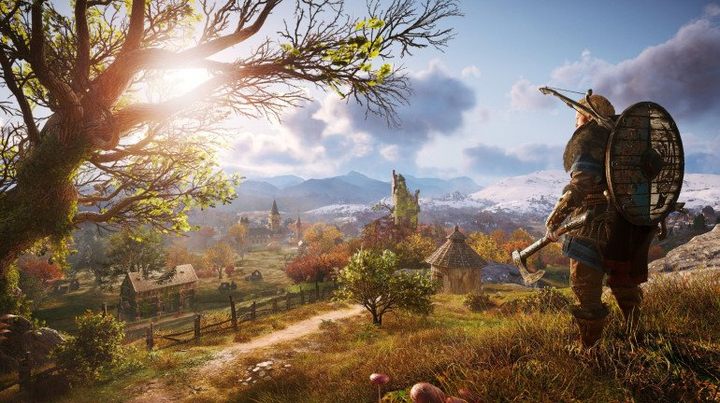 People are bored with Assassin's Creed game? No data confirms this. Ubisoft boasted that it was the best launch in the history of the series.

Of course, their success is influenced by many factors, and quality is by far the most important, but not the only one among them. Whether we like it or not, many players convert their playing time into dollars / euros. It is much easier for them to spend money on Skyrim or Valhalla than Uncharted 4, because they know that they will spend tens or hundreds of hours in the former two. It's not fun for a week, but for several long months.

Long games also have one important feature. Just like online games, they bind the player to themselves. By devoting more than 100 hours to one game, we begin to treat it as part of our life's routine. We finish work, eat dinner and sit down to complete a few activities in Odyssey to relax. This is confirmed by some statistics. According to PSN Profiles, AC: Odyssey was maxed out by 31% of website's users. According to PlayStation Network data, 5% of all game owners did so. These are impressive numbers, given the amount of content required to unlock platinum. The players deciding to buy Odyssey seem to be aware of its size and try to squeeze out everything it has to offer. 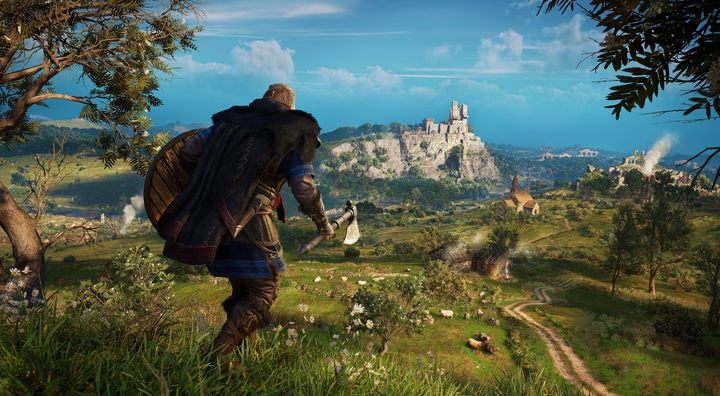 Buy a month of subscription and play the heck out of it? Maybe it will work out if you hurry.

In such big games it is much easier for us to spend money on microtransactions. Buying a wolf mount ceases to be such a stupid idea when we think that we will spend the next two or three months of gaming on its back. This year's big hit, Genshin Impact, earns tens of millions of dollars on microtransactions, and is basically a single player game with very limited online features. What makes it different? A ton of free content (of course for a game of mobile origin).

However, the golden era of long games is just beginning. If, like me, you thought that by buying a month of Uplay+ you were going to complete AC: Valhalla before the launch of Cyberpunk 2077, then you're probably wondering now how you could have been so naive. Apart from the fact that just the main storyline in Valhalla requires a lot of time, it is hard not to spend some time on side activities while playing the latest Assassin. They are executed almost sensationally.

I predict that by playing without much hurry, I will be able to max out Valhalla in approx. 5-6 months, and during this time we will get more free or paid expansions that will extend the game time by another dozen or so hours. The planned month of subscription will change in six months and that's exactly what the French publisher wants. The owners of subscription services do not want us to change games often. It is important that we play their games, or one of their games.

Of course this does not mean the end of shorter games. Not everyone likes to play giants like Valhalla and it is not so easy to develop them. The amount of time at the players' disposal is also limited, so most likely only the strongest will survive the war for the soul of big game lovers. Also subscriptions are more than just long games. As we learned from a recent interview with Phil Spencer, Game Pass is very flexible and does not account all creators for the time players spend in their games. Also devs of short indies can count on the presence of their games in the subscription and earn quite a lot of money. However, I have bad news for my colleague, who recently complained about the size of the new Assassin. Ubisoft will certainly not listen to his requests. Creating huge games simply pays off.