Plenty of you haven't bought Cyberpunk 2077 in the console version. Huge issues of the last-generation version and the prolonged wait for a next-gen release (which fortunatly ended with Patch 1.5) effectively prevented me from spending my hard-earned money on the game. However, I had high hopes for the next-gen update that was long in the making, which was to fix a large number of bugs, and above all introduce modernized versions of the game on PS5 and Xbox Series X/S.

To my surprise, the CD Projekt RED, along with the launch of ver. 1.5, released a demo version of the game, allowing for a maximum of 5 hours of fun. I decided that before buying Cyberpunk 2077 for PlayStation 5, I would test it, see if I was ready for this decision, and... I don't even know when these 5 hours went by. 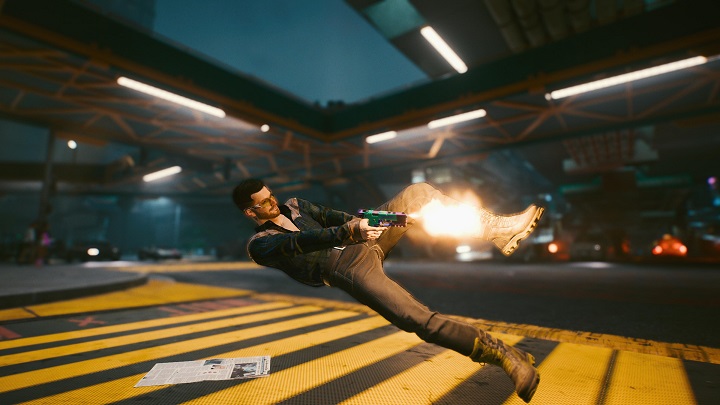 I rarely use the photo mode in games, but I really liked it here.

I devoured the entire free trial during a single sitting and it was hard for me to tear myself away from the screen. It also seems to me that these 5 hours propose the perfect part of the game, allowing you to get acquainted with the most important mechanics and get involved in the intricate plot. During that time, I managed to push the adventure just beyond the beginning of Act Two. Then my time was up and I decided to buy the full version of Cyberpunk 2077 because I just wanted to see what would happen next, experience the rest of the story. There's one thing that I think begs recognition: CDPR has a knack for telling stories that few other studios got, and I hope they will prove that more than once in the future. I also can't help but wonder how different the reception of Cyberpunk would be if it was released in the current condition back in 2020.

During the game, I paid special attention to all the bugs, just because I'd heard so much about them. To my surprise and satisfaction I did not encounter too many of them – sometimes a passerby teleported up the stairs, or an opponent didn't seem to react to my presence. However, it was not something that would spoil my experience of the game in the long run. 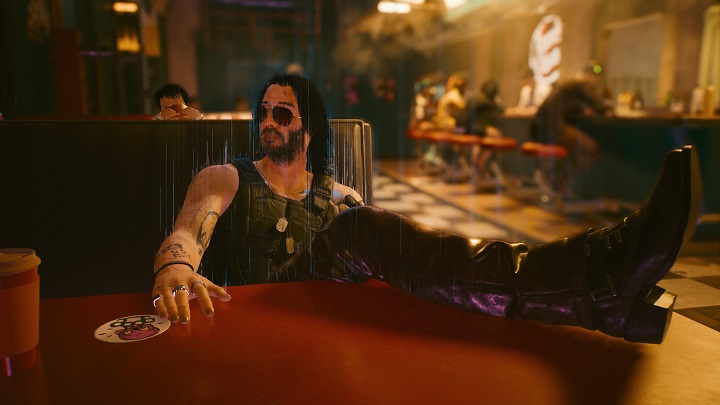 I met the famous Samurai.

When it comes to technical issues other than Cyberpunk's performance on PS4 which is still bad, I was quite pleasantly surprised by them. I played the demo in the performance mode, where the game sticks to 60fps (with a few, minor drops) like its existence depended on it, with the resolution on the 4K screen looking sufficient (though certainly not native). However, I was a bit disappointed with the ray tracing mode, which brings animation down to 30 fps without bringing anything substantially special, except for better shadows. I definitely recommend sticking to 60 fps.

In times of YouTube and Twitch, the whole notion of a demo version seems redundant – after all, you can just see the entire game on stream. But that's not the same as testing a specific production yourself. Without the free trial of Cyberpunk 2077, it would likely have taken me another six months before I'd finally buy the game, even considering the ongoing patching effort. In essence, there's still room for demo versions and we might actually need them.