There has been a lot of talk recently about Jeff Gertsmann's Halo Infinite text on Giant Bomb. The distinguished journalist stated in it that writing game reviews no longer makes sense for him, which in a way justified the policy of his portal, which had not published a single review during the past year. His main arguments focused on the increasing popularity of affordable subscriptions, often full of new games (Microsoft's Game Pass is the best exampl), and the turn of the producers and publishers towards games-service. Gertsmann's words sparked a lively discussion not only on the web, but also in our editorial office. Some of my colleagues not only agree with Gertsmann's arguments, but go even further, saying that classic reviews are becoming redundant. I, too, do not deny certain merits to Jeff's arguments, but I also tend to disagree in some ways.

Let me start with the most important topic  reviews have not lost their raison d'être and we know well they're still valid. How? From our statistics: reviews are still one of the most frequently read articles, and their popularity is not really decreasing. If anything, we will be reviewing more games in the future. So far, we seem to be on the right track, and reviews are among our most important goals for next year.

However, I agree with Gertsmann that people no longer use reviews to make their purchase decisions. Today, readers often enter heated arguments with thee reviewers' (all in all) subjective evaluation, sometimes (which I find terribly amusing) not having even played the game in question. A lot of people also completely ignore the content. People tend to read just the title, skim over the article, check the score, check pros and cons, and then call it a day. Gamers nowadays also prefer trial by combat, to paraphrase Rudy Giuliani  testing the game on their own terms, rather than believing what a reviewer wrote on the Internet. And they have the right tools, because although classic demo versions are missing, many games are available in Game Pass. On Steam, for example, everyone is able to return a product and get a refund, as long as they make their mind up during the first two hours, of course. 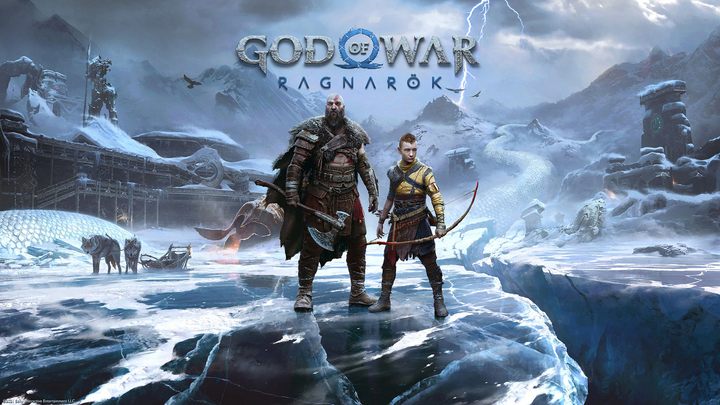 I can't imagine not reviewing a game like God of War.

A completely separate issue remains the review of games-services, often referred to as "long-lived." Publishers have already learned that with proper planning and support, games can remain popular for years, and recently, even single-player titles have been released as services, e.g. by organizing various types of events throughout the season. This is, of course, about maximizing profits, because players have repeatedly shown they're more willing to spend money on content in games they love and, most of all, tried themselves. However, it is important to remember that the particular cases in this segment are very different, and a great example of this is No Man's Sky, which has changed from an ugly duckling to a beautiful swan over a few years. Were the scores of around 50% right after th release a mistake, then? Of course not, though today such a score would be harmful. We summed up the facts at the time of the release, and few of us imagined in August 2016 that Hello Games would get to work and completely change the face of its flagship production. Can a score be altered later to a more favorable one? This is tricky, because Metacritic, for example, does not allow manipulating the ratings.

To sum up, I do not think that portals such as ours should give up reviews, even if they are no longer saving the purpose we've become accustomed to over the years. I cannot imagine a situation in which we would not feature reviews of games like God of War , Elden Ring , Horizon: Forbidden West , Dying Light 2 or Elex 2, and that's just a few games off the top of my mind that should debut in the first next quarter alone. However, these are single-player games, theoretically constituting a complete product on the day of the release, and it seems totally fair to evaluate them at that point. When it comes to these long-lasting games, with a development plan spread over the years, the matter is still open. It's not impossible that we won't be reviewing some of them, but if we make such a decision, it will be on case-by-case basis.

One thing is certain: we will not give up reviewing games altogether and no Game Passes will change that. As long as you want to read reviews, we will deliver, regardless of whether people generally agree with their usefulness. If anything, we're planning more of them.