Max Payne is almost venerable. After all, the game released over 20 years ago, literally an eternity by the video games' industry standards. And the best part is, it's still great. Remedy Entertainment's work has aged like wine. This is why even today, it feels good, which I had the opportunity to discover a few days before the announcement. So do we need a remake of the first two Maxes? Sure thing! I've been missing these games, and we also need to remember that gameplay aspects in these games have changed massively throughout the two decades. Not to mention the graphics.

Both installments made a great impression back in the day, and they still can do it today. Not only because of the famous mechanics called Bullet Time. They also impressed with the realistic graphics, although the original game didn't have facial expressions and was pretty harshly criticized for it – the characters (mainly Max) had just several facial expressions that swapped in a rather dramatic manner depending on the situation. I remember that even I was put off by the smirk (grimace?) of the protagonist stuck to his face almost permanently. Today I find a certain charm in this. However, it was impossible to ignore phenomenal gunplay. You just felt that each bullet was something tangible, able to wreak havoc. With each part of the series, it got increasingly refined, and to this day, there's no other game that does it better than Max Payne 3. And on top of that, we have a unique atmosphere, extremely grimy and disturbing – also in part three.

A remedy for all sorrows

A while ago, I was going through Control and Remedy's latest game reminded me of the New York cop not least because of James McCaffrey's voice. It did so because of the exquisite environment destruction system. Today, I appreciate it even more, because the new versions of Max are supposed to run on the same engine. Such a satisfying destruction of the environment, combined with the ability to slow down time ought to be extremely exciting. This can make shooting even more rewarding. The new game from Remedy also proved that the Finnish studio is still exceptional at creating compelling gunplay – admittedly not as compelling as in the third Max, but that isn't a big deal. 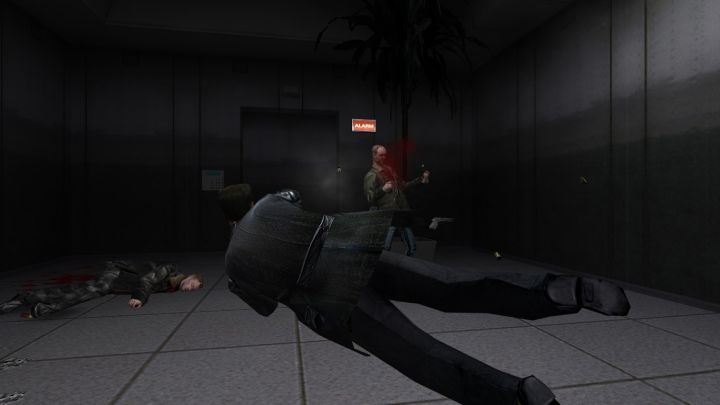 Spectacular, unscripted firefights – new versions must hold onto it.

Today, the game perhaps a covering system, which has become something we expect in the genre since. You might think that introducing this solution would affect the difficulty level, but Max Payne 3 has shown that it doesn't have to be that way. Rockstar developers created quite robust AI, making enemies pretty effective at smoking us out from behind cover. They do this by flanking and gradually shortening the distance. In such situations, we have no choice but to leave cover and try to kill as many enemies in bullet time as we can. Because it will take a while for Max to get off the floor and be able to do the next move – which increases the risk of dying.

It looks simply phenomenal, even today, with projectiles whizzing past the furious Max, and grenades exploding behind him, which we could avoid by leaping forward. There's no shortage of cinematic feel in all of this, but only if the player has the right skill. That's because it's easy to bury all the spectacle with an ill-considered dodge or low accuracy. And thus lead to our character to swift demise. This is one of those games that are spectacular not because of explosive scripts, but because of the gameplay that gives you such opportunities. And looking at Control, I don't think I have to worry that Remedy will abandon that philosophy.

“I could hear the sirens. Their wail was a crescendo"

I have heard the opinions that part three was worse than predecessors not only because of the atmosphere (as it was sunnier), but also because the form of narrative. The first two parts of Max Payne were characterized by their comic-book-style cut-scenes with voice over. In the third part, the creators opted for fully animated cut-scenes. The only difference was that the key words were highlighted in the form of large captions on the screen, and some of the frames were frozen for a bit longer. As a result, we sometimes got a kind of collage. Enhancing this with creative use of lighting and other effects, which in turn was supposed to symbolize the eternal hangover and Max' feeling of being lost – was very beneficial for the narrative.

I loved these comic-book moments from the first two installments, especially because it was an interesting and creative way to use the form. The authors have also torn down the fourth wall many times, having fun with the very medium of video games. But I liked the cutscenes from part three just as much, or even more. I can't imagine them in any other form. However, what I can imagine is the first and second Max with more typical cutscenes, and frankly, I'd be surprised if Remedy decided to kept the spirit of the original here. On the other hand, the authors could go for something similar to Control, where they used still frames in the scenes that only depicted the characters. They were a far cry from garden-variety. But it worked great with the twisted nature of the game itself. 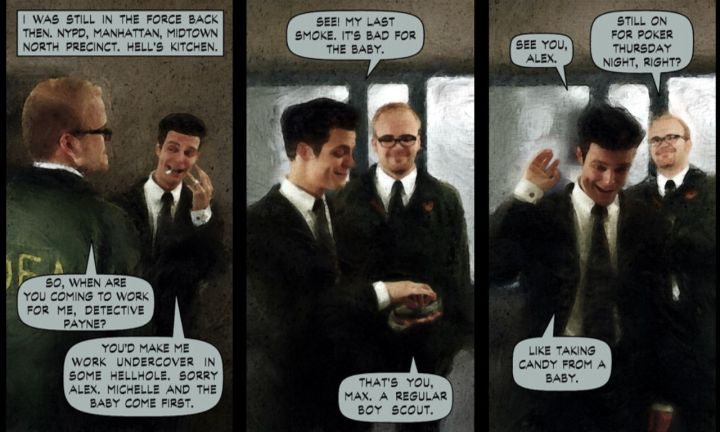 In the original, these comic-book cutscenes were great, but I don't see room for them in modern versions.

The stories told in the first and second installments could benefit a lot if the creators abandoned the comic-book character and went for a more cinematic style. It would probably outrage a lot of fans, but I think these dramatic and depressing stories would just have more impact this way. They'd hit home with much more force. These are some very powerful stories, and I think they were ultimately softened, diluted a bit by the comic-book style, but then again, maybe that was the idea. The other side of the coin is that, at that time, it allowed the creators to save some resources and reflect all the nuances of the narrator's imagination. That's something they wouldn't have been able to achieve by regular cut-scenes – or so they appear to have thought at the time. However, times have changed and it's much easier to capture emotions in cutscenes today. There's still the question of budget, but I doubt that it would be so small as to limit the creators to drawings or stills, seasoned with some filters. In all of this, of course, I wouldn't want them to give up this cynical and humorous vibe, often absurd and surreal.

A love letter to the classics

I miss games like Max Payne. With dark atmosphere and twisted characters straight from the best gangster movies. With unconstrained action in which we can actively participate. Like in a John Woo movie, where the hero plunges forward, firing two guns from both his hands. It pains me that such colorful characters as Kane and Lynch did not receive better-games. That Vanquish is the last game in which I can take my opponents' lives at such a crazy rate – just to watch Sam light the pipe while hiding behind cover. 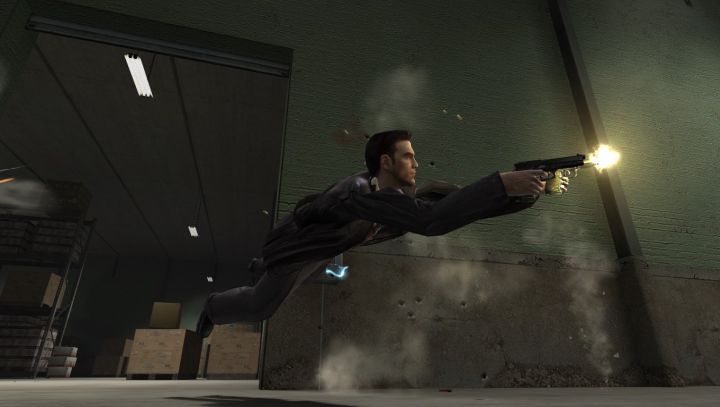 Max Payne 2 puts even more emphasis on cinematics and a more serious tone.

I have the impression that the last great games of this type appeared two generations ago. Perhaps only Grand Theft Auto V was an exception, because sometimes I think of this game as more of a project prepared for the eighth generation of consoles in mind. But we all know the truth. That's why I hope that the new versions of Max Payne will be successful and make other developers understand that people actually want this type of gaming experience. Not very long, packed to the brim with action and full of references to all kinds of classics. Because there are many of us who sometimes want to feel at least a substitute for what the protagonists of Michael Mann's Fever do.