Microsoft has just announced the purchase of Activion Blizzard. There have been greater acquisitions in history than this, but not that many of them. A company like General Electric cost $30 billion, AT&T $43 billion, and Bank of America in 2008 $45 billion. For the sake of context, let's add that Raytheon in 2019 went for $121B. This makes Activision Blizzard one of the most expensive companies in history, including major industries such as aviation, energy or banking.

Compared to the entertainment deals… Well, 21st Century Fox was more expensive, but Star Wars and Marvel already cost Disney a fraction of the price Microsoft just coughed up. ZeniMax Media with their Elder Scrolls, Fallout and Doom franchises was worth a 'mere' $7.5B.

Is Activision Blizzard really worth so much money? Of course, the first things that come to mind are Call of Duty, World of Warcraft, Diablo, Overwatch, these are household names, each worth its weight in gold, but there's more. In recent years, Activision has become very "lazy" and curbed CoD releases to once a year. However, the company has access to a rich portfolio of older and newer IPs that could be reactivated. From Guitar Hero to Skylanders. 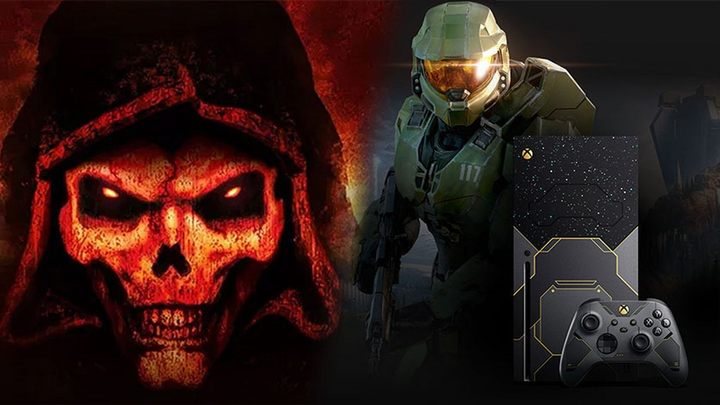 If we look at Microsoft's strategy and their narrative, it becomes quite obvious that for Microsoft, the number one priority is not Xbox, but Game Pass. And in this context, enhancing their offer with any of the games mentioned is truly a trillion-dollar deal.

All the classic Call of Duty games in Game Pass? GamePass required to play World of Warcraft (now also on consoles!), all the classic Diablo installments, all the old Guitar Hero games now on consoles? In conjunction with Microsoft's previous purchases, we are beginning to understand that owning a Game Pass will soon be the only thing any player needs.

In our office, people quickly reacted with concern about Sony's further fate. Only that this is not an attack on Sony, or at least not only on it. Microsoft is devouring the market at such a rate that it's slowly becoming a threat also to Steam, Epic and Nintendo. Don't be surprised if in a couple years, the absence of any game on the Game Pass will feel the same as a TV show missing VOD services the like of Netflix.

In recent months, the corporation has experienced certain difficulties related to sickening practices of some employees. I think this sad chapter now becomes completely severed. A new owner is always bringing about a cleanup, and people who haven't done anything wrong tend to lose their positions anyway. In this particular case, a purge of all the employees involved in the sexual misconduct at Blizzard is certain.

Is it good for games?

If you are afraid that Activision Blizzard will now become a heartless corporation, indefinitely reproducing stenciled video games, rest assured: it has happened long ago, and not much will change here. We can expect a certain "Star Wars effect." When Disney bought the rights to Lucas' legendary series, they didn't do it in order to enjoy them in the privacy of their offices; they did it to squeeze the last drip of juice from this lemon.

Therefore, I will not be completely surprised if Relic will develop Warcraft 4, and Sledgehammer will refresh the franchise with a StarCraft shooter. Is that good? You know, there was Rogue One and there was... well, that third movie in the new trilogy, I won't even try to remember the title.

Sony? Who the f is Sony?

I have already mentioned that there is no direct competition between Sony and Microsoft on corporate level. Of course, both companies have diverse portfolios, and of course, they're also making a buck off video games and consoles. It doesn't mean, however, that these enterprises are comparable in scale. Sony Corp. has a stock market capitalization of $154 billion, while Microsoft, $2.32 trillion. That's just not the same league. You'd be forgiven for stating that if Microsoft wanted to, it could also buy Sony over. This is, of course, a purely hypothetical scenario, but not physically, or financially impossible.

This leaves us with the question of who's next. Because the question is not whether the Redmond giant has the money to buy them. The question is: how much they want to spend on gaming? The last purchase seems to spell out: "A LOT." Almost anyone could be next. Not Tencent, of course, but someone like CD Projekt or Take-Two? Who knows, we live in interesting times.