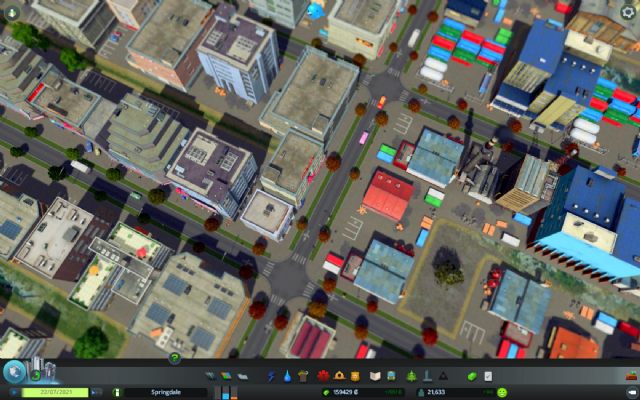 Intensive care looks only so good on TV...

Nevertheless, the game isnt free of some flaws, that at times manage to cause quite a chaos. The issue of road building has been discussed before, but what irritates to no end is the element of emergency vehicles that often a times instead of making life easier, complicates it even more. An emergency vehicle status is non-existent  despite the fact that ambulances and fire trucks have their signals on, they sadly cant get through traffic and patiently wait with other cars, diligently awaiting their turn. As you can imagine, before help gets there on time, the patient is already dead and the building is already burnt to a crisp. That is that much more surprising considering the fact that, for example, buses can switch to the left lane before making a turn and appear at the stop, even though its going in the different direction. Even if the intervention is a success though, the traffic in the neighborhood around a small house that is on fire becomes completely paralyzed. Public service vehicles, instead of parking on the side, very often stop in the middle of the street completely blocking the traffic. Taking into consideration that putting out a fire usually takes two minutes in this game, during that time a surprisingly long line of cars forms behind the emergency vehicle. In contrast to that  public transport works extremely well. No wonder though  Colossal Order has cut their teeth in that department. Planning new bus lines and metro stations is effortless, and railroads and product transport are hellishly efficient. 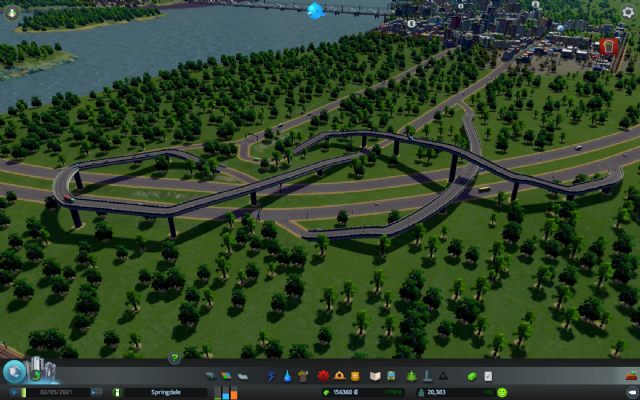 Even though in-game maps are certainly large areas, on which with time dozens of building appear, the developers have managed to tame the game engine and make it so that even in a great metropolis navigation is fluent. Indeed simulating a city with a population of hundreds requires a strong PC, and the game can freeze for a second when browsing the city. However, for a title of this scale it looks very good. Certainly  everything has a price. Due to that we are given a poorer quality of graphics, which is clearly visible when zooming in. The Finnish developers have decided on a blur effect, which allows to mask imperfections and restricts the field of view to the nearby vicinity. From afar a lively metropolis certainly looks beautiful, but in this perspective we dont see all the vehicles on the streets or even the people. Apart from that, any form of weather conditions or the day and night cycle are absent  its sunny all the time. A little change would be certainly be welcome in this aspect. Despite all of that its hard not to notice the effort that has been put into this game  every citizen has their own private information, and certain buildings have various names, which makes instantly tracking our favorite individual easy and effortless. 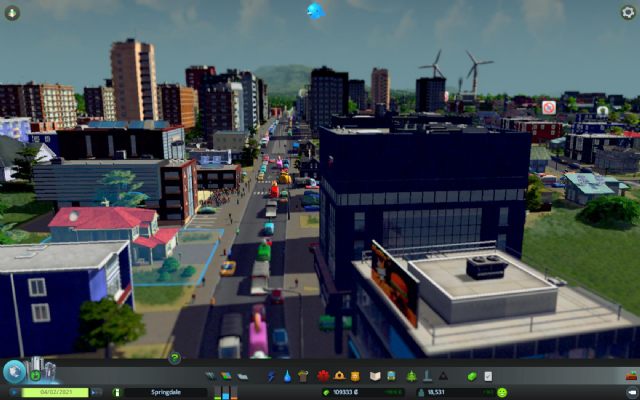 After a disappointing Cities XXL we get a title that certainly will deliver hundreds of hours of gameplay on a satisfying level. Colossal Orders debut in the city-builder genre is a success - its an elaborate game doing a good job simulating the processes that occur daily in a large metropolis. We get to face many issues that trouble mayors, involving both the social aspects, as well as the economy and health care. Although, certain mishaps that can annoy were not avoided, its clearly the best game out there that lets us create the city of our dreams. The Finnish studio has made a game for a well-deserved 8/10. Now its time to wait and see what the future will bring and how will this new series of city-builders develop. The timeless Sim City 4 has finally found a worthy rival.