There is a theory that, according to some people, isn't very scientific, but it presents the right paradigm. This theory  a construct with a catchy name: the IKEA effect  is quite easy to prove. After all, millions of people have at least once in their lives assembled a piece of furniture from the Swedish queen of furnishings (simultaneously testing the endurance of millions of relationships). 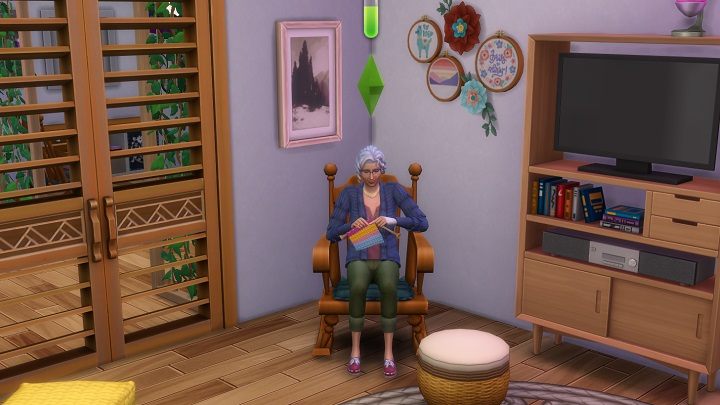 One way or another, the point is: once you get a single thing from IKEA, the only way to keep the house decor consistent is getting more stuff from IKEA. And don't forget accessories.

Simply: if you build something yourself, you value it more. Both spiritually and materially. It's harder for you to get rid of it, there's sentiment, you feel it's really yours, it's made by you (well, almost); you've put your effort into it and now it's going to stay at your house until it breaks. Lousy cupboard coming apart after years? Don't throw it away, put it on Craigslist! Someone will buy it  it's a great piece of furniture; handmade, excellent quality!

The creators of The Sims certainly know that. And for that reason, we get sets of accessories such as Nifty Knitting Stuff. A more-than-average extension to The Sims 4  not the first, nor the last  and we quickly accepted it with all its charms. Because, hey: what's to complain about? We finally got designer flowerbeds, which we can weave ourselves for Christ's sake! If it's not worth ten bucks, I don't know what is!

But I can also make laundry... 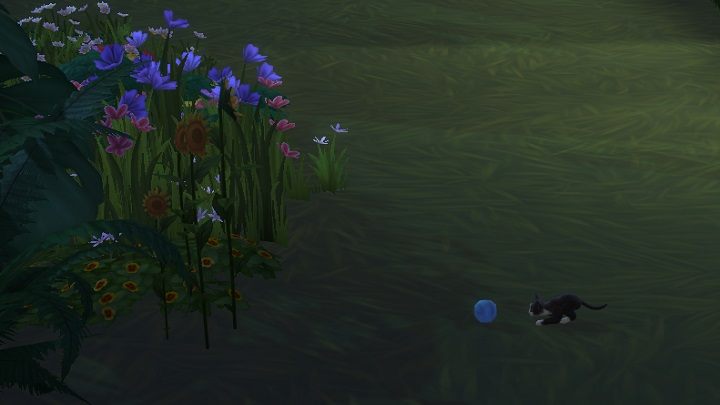 "Wait just a second!" some will certainly say. "These are accessories! What did you expect? A full-blown extension?" You're right  accessories are just accessories; theres no miracles. But let's recall the Tiny Living Stuff. It was a set of accessories. But at the same time, it was much, much... much more. It brought some great furniture: designer, with a large color palette to choose from, adapted for small spaces  the kind that quickly becomes the cornerstone of house decor in most of the homes you build, regardless of their size.

This is an interesting approach to the community's dissatisfaction with the growing bills; a catchy and consistent idea for an entire add-on, matching past and (as it turned out) future packs; engaging mechanics and capabilities; refined content and, in general, add-ons that will consume several hours and permanently change your approach to building or developing the simish life. And as the icing on the cake  one of the more imaginative ways to kill sims in the series. Possible? Possible.

Enter: Laundry Day or Nifty Knitting Stuff. I called these two on purpose  both kept in a rustic, kitschy style, they fit together quite well. Sims are made for comfy home birds, the packs really do not add much to the gameplay and  most importantly  both were created after community vote. They perfectly illustrate the decline in the quality of accessories.

I've said it once before, so I can say it again: doing laundry in The Sims is not worth ten dollars. If you allocate that money for a laundry detergent, go to the laundry room and launch your favorite program, your life will be way more beautiful. It is not entirely true, however, that Laundry Day brings nothing new. If you want unbearable entertainment, here's a recipe:

Not great, not terrible

The community mentioned above is a very important aspect here. Like any gaming one  with all due respect  it's a bit off-kilter, often far too radical in its judgements, sometimes too uptight, and certainly dangerous once it becomes angry. EA knows that. That's why they get out of their way, fulfill their desires every once in a while. Not so long ago, for example, the community marveled at a (fake) leak about a farm-themed expansion: animals, farmland, that sort of thing. It quickly turned out, however, it wasn't FarmVille, but Eco Lifestyle; farming was replaced by freeganism, and cowsheds by rats running along the streets. Part of the community was furious, but then they came to the rescue... the ladders! That's it. 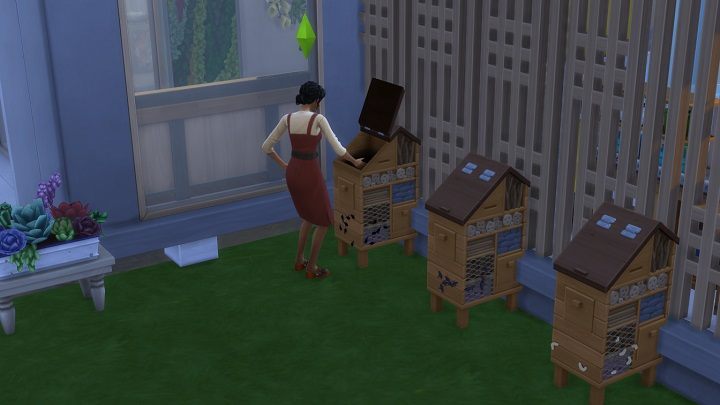 A worm farm to wipe away the tears of the community.

In reviews of new content, on Youtube or on social media, my attention is always drawn to the statements "The community has long asked for this", "The community has long waited for this", "This is something the community has long wanted." EA listens to your requests and realizes them. I'm not saying they don't. I'm not saying it's a bad thing either. But, you know, I'm sure you'd be much happier with a rural addition than with the ladders, which may take up deliciously little space, but which you can't walk down carrying dirty dishes, clothes or bags of rubbish. Still, the outrage over unwanted content died down (quite rightly, because Eco Lifestyle is great). Prayers were answered, disperse.

So we slowly (finally) get to the bottom of the problem. For a long time, I can't help feeling that EA has found the perfect way to keep the community happy with relatively limited effort. A way of understanding a group of the fiercest critics, even in face of the biggest defeat. A way to keep millions of players with you while constantly expanding their base. And to make dough. Yes, of course, it's...

According to our users, The Sims 4 for PC was a disappointment - the expectations before the release were higher than the current average user score.