About a year ago, I was fresh out of Cyberpunk. To this day, I have a hard time forming a uniform opinion about the game. It truly brings the most stunning city in history of games, and although it's still enticing in ways, it also doesn't really offer any activities that would feel substantial or meaningful. The plot is average at best, culminating in a B-class finale (at least in my ending), it fails to make even a remotely profound statement about our reality (which isn't good in cyberpunk), and at the same time offers a cast of vivid, empathetic characters.

Today, I'm knee-deep in Dying Light 2. I haven't been through the whole thing yet and I am trying to take my time. This is one of those cases where I declined a review because I would have to binge the whole thing through instead of really enjoying the experience. And so I've got the time to leap from roof to roof, explore the back alleys, and conclude that the best thing that could happen to Technland and CDPR is joining forces. Let them get married.

Time to be brutally picky

I'd venture to argue that bugs were not nearly the biggest problem of Cyberpunk 2077. Sure, it was released in a crappy state. Even if it had come in an absolutely spotless condition, there would still be things to complain about. In this huge, neon-lit, dirty, wonderful city, we were doing but three things in turns: talking, sneaking and shooting. Of course, you could drive a car, but to be perfectly honest, it wasn't detailed enough to be validated as as an actual gameplay element in a triple-A game. It was a sad duty that may have produced a nice glimpse at the neons, but it was little more than sightseeing. 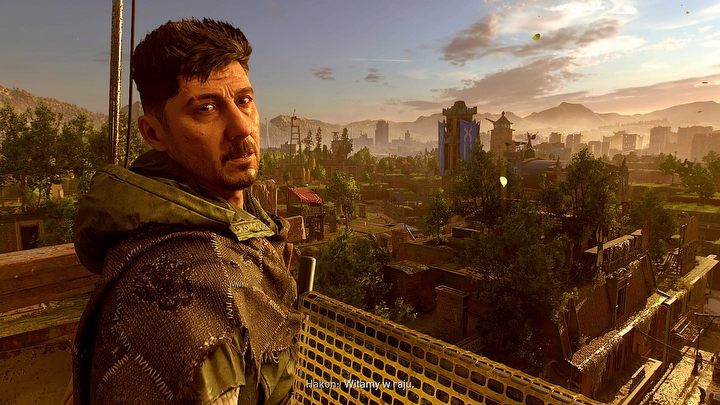 None of the three, core gameplay elements was perfect. The conversations shied away from interesting decisions, even small ones. Sneaking was ok, but compared to other titles, it was rather rudimentary. And shooting, at least in my opinion, was squeezed into an RPG formula, where it did not feel comfortable. And though, to paraphrase Jeffrey Lebowski, this is, like, my opinion, I would much prefer it if the went "The shotgun shell blew the bandit's head off." However, the sentence really goes more like this: "Bullet level 3; fired from shotgun level 2; hits thug - level 17 - in the head; critical damage woth 16 dmg," and it's honestly hard for me to maintain commitment.

So get this: Techland also prepared weapons to shoot and enemies to shoot at. A blunt, broken club will deal less damage than a machete. But the way DL2 works, it still allows you to defeat a stronger opponent with a weaker character, if only you've got the reflexes and a strategy. That's something Cyberpunk 2077 never offered. Tangoing with stronger opponents was often only a source of frustration.

The other thing is simply the vibe of the game, the appearance of the opponents. It's easier to imagine a crazy zombie mutant being surprisingly resilient to attacks with a gas pipe found in the trash container than it is to believe that a cyber-thug receives on his face a burst of advanced projectiles from a futuristic rifle and all he can feel is a small tickle.

Now a quick leap, roof-to-roof. Dying Light 2 is perhaps not as huge and rich in content as Skyrim, but just like the RPG from Bethesda, it is also very effective in letting you forget the main story and enjoy the open world, accidental discoveries, encounters, quests and treasures. It is fun. However, running like that allows us to get a good look at the world. 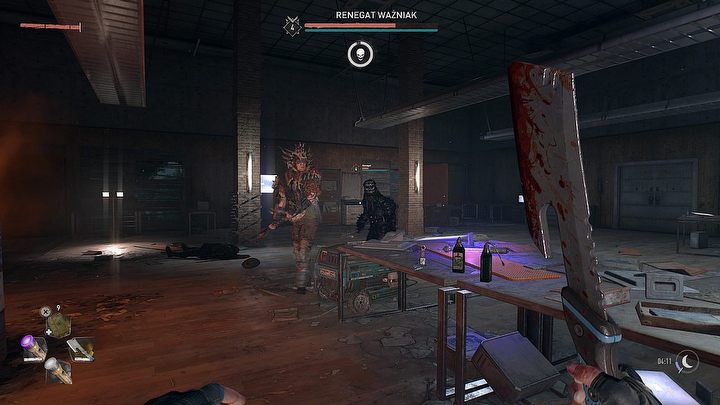 Our friend Christian even noticed that Techland recycled license plates of military cars from the prequel. I've spend too little time with these games to be able to tell. But I must say that the city looks like glued together from ready-made blocks. The same roofs, the lanterns, vent shafts, fairly regular street layout. There aren't enough places that could be used as landmarks.

You can find a whole lot of interesting alleyways, zombie nests, bandit shelters, minibosses, windmills to climb, chests with loot to find. Sometimes the environment prepared by Techland is amazing. Yesterday, in one those generic tenement houses, I came across an open balcony door, and inside, corridors, narrow passages, and rooms full of the vile undead. And a valuable reward at the end (collect the inhibitors!). Part of the fun was that nobody told me to go there. There was no marker, hint, nor was it part of a quest. I discovered it myself.

Ultimately, however, the city is not very memorable. The creators wanted to recreate a European kind of city, and it is definitely visible. However, I have the impression that it's a meatball of a city. Various motifs pulverized and rolled together. 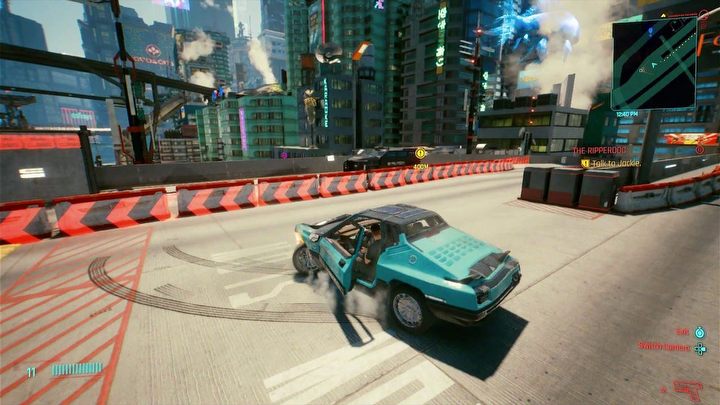 As for the story itself... The search of the sister is interesting as the pas unfolds in dreams, revealing unsettling, intriguing events. I must admit, however, that tend to skip many of the dialogues, because they don't feel meaningful, don't seem to contribute much to my game. Just like in the original. It's hard to accuse the plot of being weak or sloppy, but I certainly won't call it engaging. It's also difficult for me to name a single character whose death in the course of the story could shock me.

And that's quite enough

Both of these games have their own struggles. I had a really good time in both (I think I will end up playing DL2 for longer). However, it's hard for me not to notice that Cyberpunk 2077 and Dying Light 2 are like like two, matching pieces of a puzzle, like yin and yang, like a coffee and cigarettes, a cow and a milk bucket... You probably get the idea.

I imagine what Villedor could look like if it was created like Night City. With really distinct neighborhoods and beautiful architecture. With an idea for something unique, great and breathtaking. I wonder how much time I could spend in Night City if it was designed with the same passion for meaningful minor locations. If it was possible to dash through the city so fluidly, and if combat was equally sleek.

CP 2077 could also learn a thing or two about character progression system from Dying Light 2. Here,the new skills on the tree are mostly new moves, not the abstract, 10% perks... On the other hand, if the dialogs would be as powerful and immersive as in Cyberpunk, I would actually be interested in what the characters I meet in this cathedral turned into a bazaar have to say. 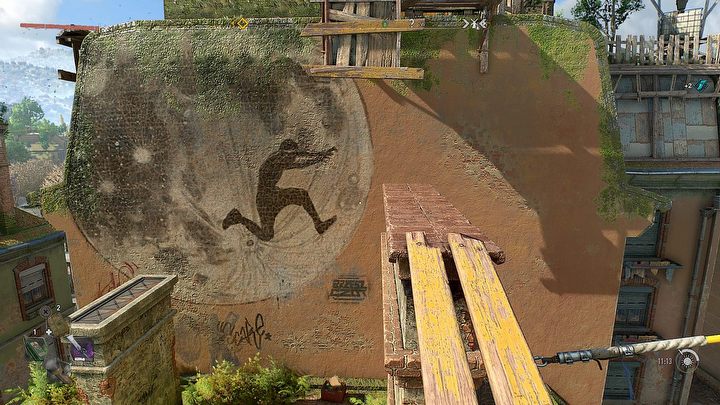 Of course, it's easy to say, "Let them get married." Ultimately, however, we have no idea what kind of child would be born from such a romance. Hundreds of people, thousands of decisions influencing the final outcome. To understand who specifically was responsible for which portion of creating Night City, we would have to be involved in this process. See who actually had the best ideas, who accepted them, what ideas and whose were rejected. Who passively followed orders, who poured the most heart into it, and who had the most consistent vision.

The merger of CD Projekt RED with Techland would create a completely new entity, where personal relations would be completely different. It is impossible to predict what such a team would be able to create. However, this doesn't mean I cannot pipe-dream. For now, I recommend playing both of these games. See for yourself if you find them complementary.