Generation Zero is a co-op game set in 1980s Sweden. We're trying to survive a little bit, and a little bit to understand why people have disappeared from the area and aggressive robots have emerged. The whole thing resembles a spoof between Black Mirror and Simon Stalenhag's artwork.

Stalenhag publicly stated that he was not very pleased with the way Generation Zero resembled his work. He even said it was strange because he lives in the same city as Avalanche: "The game director of the GZ follows me on Twitter. I've even met them and briefly worked with them and not once did they mention that they were working on a game set in the Swedish countryside in the late 1980s, featuring giant robots."

In truth, the game is not perfect. If there's a storyline there, its quality and form made me completely disregard it (since I didn't play on reviewing it, I could afford it). The world of the game is empty. Forests, fields, the coast, towns, farms, churches and bunkers. On paper, it looks pretty good, but it's easy to see recurring interiors. You might also start wondering whether the Swedes really had so much ammunition, explosives, guns and bandages in their homes in 1980s. 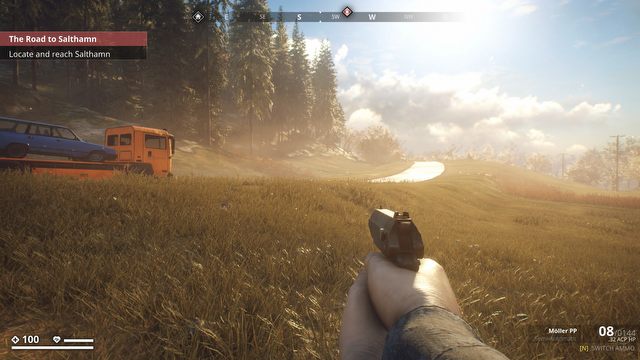 It's quite empty and there's not much to do.

It is hard not to agree with the opinion I saw somewhere online:

A very bad game that has nothing on Left 4 Dead 2 (graphically very similar). The gameplay itself is boring, nothing happens, there's zero NPCs, zero life. We run through the woods or explore similarly designed houses, playing a garbage man simulator, occasionally shooting at robots. 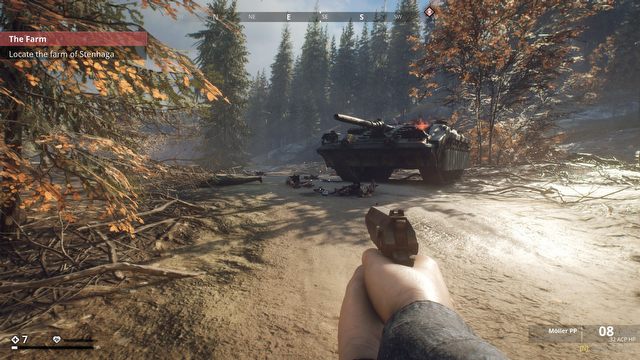 But there's just so much world to explore.

Such a good bad game

On the other hand, the world of Generation Zero is huge. After 15 hours of fun, I feel like I've only visited a fraction of it. If you need a game for walking together and talking to friends, this is where you can walk endlessly.

You can enjoy some pretty good views. It may not be really stunning, but it's sure easy on the eyes, and some landscapes and robot models are actually quite delightful.

Most of all, however, I liked the atmosphere. It's something between a post-apocalypse and a hunting simulator. I would often sneak slowly through the bushes, holding an old rifle in my hands. I would sneak around the flashing lights of a police car, abandoned as if just a moment ago, to find all the robots, assess their strength.

The first shot had to be accurate because cartridges were scarce and the gun was weak. Sometimes it didn't work at all, I had to run through the fields to hide, and then fire from behind piles of fallen trees. You can feel the struggle of this survival.

Each hit is accompanied by cascades of sparks. You can cleary see your bullets have landed on the enemy's armor, and if you're up close, you'll see parts coming off. I can't deny  combat in this game was proper fun. Same as improving equipment and figuring out how to use a gas cylinder to trap an exceptionally large robot. 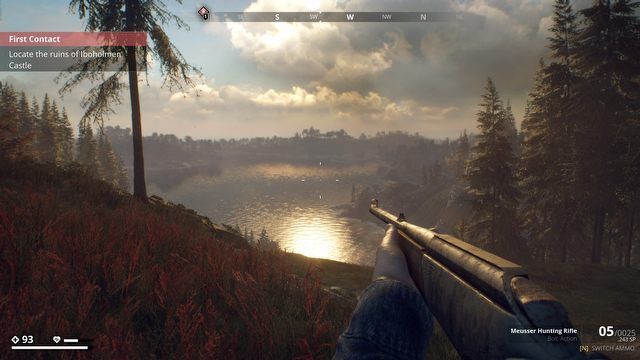 HOW MUCH FOR THAT?

I admit, if I had bought Generation Zero at full release price, I would have felt a little disappointed with the purchase. However, Steam already offer the game for about ten bucks, which is much more reasonable.

In the end, I had really good time with Generation Zero. After 15 hours I got bored, true, but I feel like I had a good time. If I had an entire team, if I liked playing co-op at all, I'd probably spend even more time in the game. And yet, I wouldn't rate it more than 6/10, and I would totally understand if someone argued it deserved even less.

And that's because Generation Zero, which could even be a sensation in another world, doesn't really do anything that incredible compared to modern games. Shooting is fun, but it's not the latest Call of Duty. The robots are nice, but the ones from Horizon Zero Dawn make them completely pale in comparison. The world of the Swedish game is huge and unfashionable, but Red Dead Redemption II, Kingdom Come show examples of much prettier forests (not to mention the excellent, indie game Someday Youll Return). 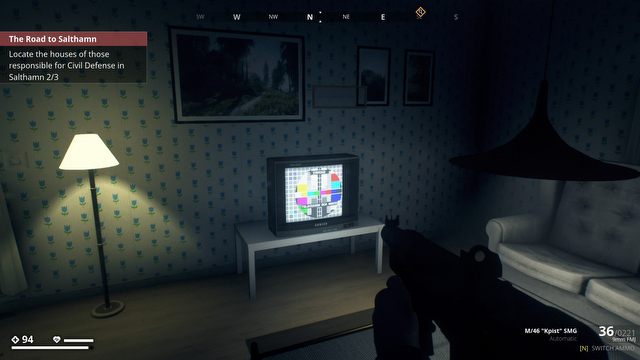 Well, it's not really The Last of Us. Interiors are very bland.

All this is also interesting in context of grading games and ussing different scales for that. What's the difference between a 1.5 and a 3-out-of-10 game?. What's the last time you've given a game 2.5/10? On the other hand, I guess we live in times, where average is mostly the worst you can get.