The end of 2020 was a really hot time for gamers. The launch of the new generation of consoles and graphics cards electrified the technology enthusiasts from around the world. Like many of you, I was hoping that the second generation of RTXs from Nvidia and the 6000-series Radeons would give ray tracing mass appeal. I also planned replacing my venerable GPU with something more powerful... at a reasonable price. Unfortunately, to date, prices of GPUs are hugely inflated, and most of the discounted items fall prey to bot-using scalpers. There are several factors that warrant hope for a brighter future: the ban of cryptocurrency mining in China, the introduction of the RTX 3000's Low Hash Rate (LHR) version, and declining blockchain exchanges. One thing I'm almost sure of, though  the "golden days" of cheap gaming hardware are long gone and will not return.

Let's go back to late 2014 and early 2015, a time when the iconic GTX 970 was the most popular graphics processor in gaming rigs. With the price tag of about $330, it offered performance comparable to the much more expensive GTX 780. What's more, it still provides quite a comfortable experience today, provided you dont mind setting quality to medium. In terms of price-to-performance ratio, the GTX 970 was a very cost-effective choice. Even though there was a small scandal related to the used memory, many of you probably remember it fondly, and some of you may even still have it in your computers. It is worth mentioning at this point that, with each subsequent release, NVIDIA was redefining the midrange. This meant that the GTX 1060  rather than 1070  was the successor to GTX 970 in terms of price range. For some time now, Nvidia has been successively increasing the MSRP of their products, and today, 350 bucks would get you nowhere beyond the low to mid performance range. 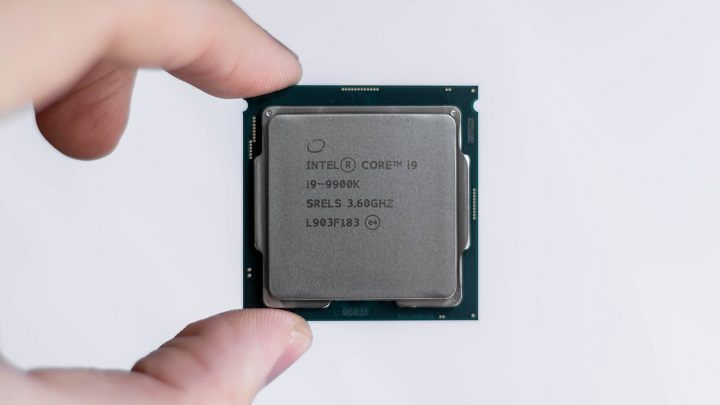 For many years, Intel dominated the market, but now, tables have turned.

2015 was also an interesting year for CPUs. Intel prepared two major launches: the Broadwell line, already forgotten by most gamers today (Core i5-5675C and Core i7-5775C), and the still quite popular Skylake series (such as i5-6600K among others). The former was interesting in that, after overclocking and using a powerful enough graphics card, it outperformed not only the newer 6000 series chips, but sometimes even the seventh generation, i.e. the Kaby Lake (vide i7-7600K).

Such good results were possible thanks to significant changes in the architecture: using the faster eDRAM and switching to 14 nm lithography, which we also know from newer models. Nowadays, this technology process is often the subject of jokes, as even the latest incarnation of the Core series uses the same lithography. Despite Broadwell being the full-fledged successor to Haswell, only the two previously mentioned CPUs were ultimately unveiled. Interestingly, they only worked with H97/Z97-chipset motherboards, which meant that owners of the H81/H87/Z87 chipsets were unable to install newer units despite the physical compatibility of the LGA 1150 socket.

It's an open secret that the release of Broadwelli was a kind of fulfillment of Intel's promise of having two generations of processors run on the same chipset. It's entirely possible that the success of the 5th generation surprised even Intel, as they launched CPUs so powerful that it was hard to top them. Of course, the company did not like it, as the Skylake family was already on the horizon, and this required a new LGA1151 platform and DDR4 memory. Intel wanted to push motherboard and memory manufacturers to shift to the technology of the future. So, if you are the lucky owner of Core i7- 5775C, you could say that you have done the deal of a lifetime.