Few things are infinite. Then, the very existence of most of them, and of their infinity, remains a matter of dispute. However, if someone were curious about my opinion, I would argue there's but one thing truly infinite: Assassin's Creed: Valhalla.

This was finally confirmed by Ubisoft, who announced longer-than-ever support for their latest entry in the famous series. Patches, seasonal events, free River Raids or the fresh addition of Wrath of the Druids are not all the goodies. There's at least one more expansion to come  Siege of Paris, announced in August. What we get next  we'll have to wait and see. We will sure be entertained (wait, will we?), and if, like me, you're having a hard time seeing the game through, given it's rich content, you can be sure that one expansion more won't really help you do that.

Why? Because the more immediate a goal seems, the more you're willing to undertake it. Forgetting the core game altogether. On May 13, the Wrath of the Druids DLC was released. I completed 100% of it and it was a pleasure. 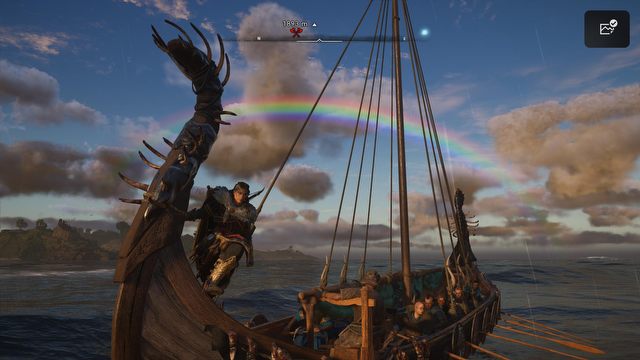 IS THE WRATH OF THE DRUIDS FOR ME?

This is an addition for anyone who already doesn't remember what the plot of the game is about. They have either managed to get lost (or bored), or they just run around the the place without any particular purpose.

Where is my cat?

Lo and behold, a mysterious lady visitor arrives at your settlement and just a few minutes later, you learn that you still have a cousin. The cousin, currently staying in Ireland, is quite the undisputed ruler over there, and he sends a cordial invitation for some holiday. So, you clamber onto a ship and... leave the cat at home. It doesn't make any sense at all, because the cat has thus far traveled the wide seas with you, witnessing invasions, conquests, cruises, and all that jazz. It endured the battle cries of your kinsmen, which, after all, are much more dreadful than the vacuum cleaner. And suddenly, it can't go to Ireland?

If this striking plot hole isn't problematic for you, then we can start cutting to the chase.

Once you get there, things expectedly don't look as rosy anymore, and you kinda wonder if the cousin's name isn't actually Roman. The Children of the Danu  a sect much like those back home, but a bit smaller  is wreaking havoc among the gentle hills of Ireland. The druid renegades agitate, plot, and conspire. Now, this wouldn't be the Valhalla we know if you wouldn't get bothered with someone else's stuff  and so, we promise aid and embark on another long journey full of chests, palisades, and blood-sprinkled vegetation. 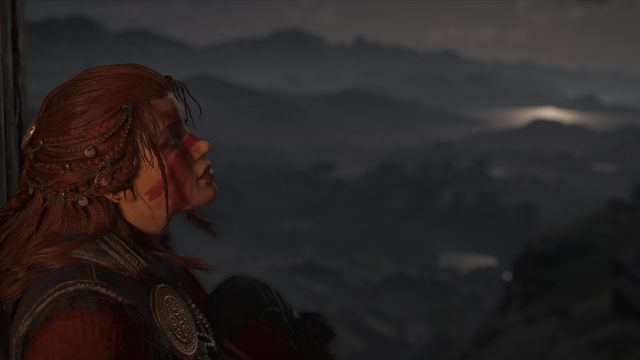 Wrath of the Druids is not just about the story, however. Of course, there are still piles of stones, and many a swine to slaughter, and you will have to run and climb ad nauseam; you will also learn a new function of pigeons. However, you must take care of Dublin's esteem. And that, I admit, was my favorite side activity. Well, maybe except tracking and trapping the Children of the Danu. Your task is to develop trading posts that produce raw materials. And the raw materials, in turn, are needed for the development of a small settlement, said Dublin. It's fun and very simple  a little too simple perhaps  but most of all, its satisfying. And simply engaging.

If you've gathered a few hundred power points so far, you'd better head to the difficulty settings right away. 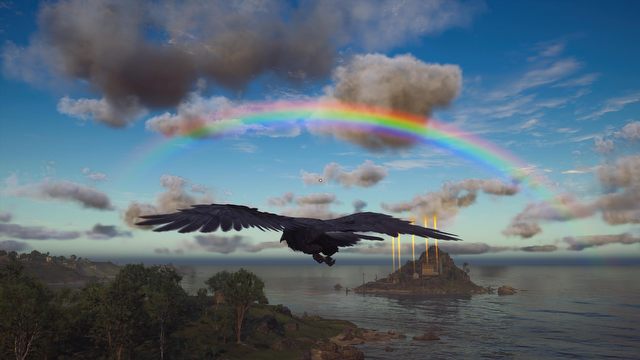 Wrath of the Druids is kind of scaled-down Valhalla  the same thing, just without the grandiosity. A version where only opals and chests with raw materials for trade are more numerous than corpses. In which we meet the beautiful Ciara, endowed with a voice so magnificent it has people kneeling down before her from Russians to Egypt. A version where the repaired audio finally serves the function it should, and the side activities effectively motivate you to return to Dublin on a regular basis. But it's also the version where we keep doing the same thing we did before. There's plenty to argue about in terms of pros and cons, but arguably the crucial thing about it is that it is indeed a mini-Valhalla. That you can see it to the end and the end comes fairly soon.

And when there's a final, there's also a prize. 100% Completion. The brain is satisfied with the work done and wants to work more. 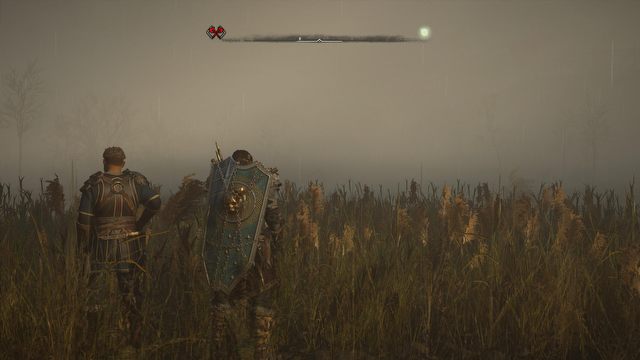 Valhalla alone has so far given such an award to 2.4% of players worldwide. These are the heroes. I, after 170 hours in the game, feel like I'm further away from platinum than I was 30 hours ago. I no longer believe I'm going to finish it, even though it's still my only life goal this year. I am slowly coming to terms with the fact that I'll have to settle for maxing out the expansions. I bet diamonds to donuts I'm not alone in this. And that Ubisoft is aware of that as well. Expansions are the only way to keep us away from the endless drudgery.

Few things fill you with such an acute void as passing a game you've spent so much time with. Once you complete the DLC, you will want more. The only thing you can get more of is the core game, for now. And so you will return to that empty field, putting your hands to work, stacking piles of stones, crushing the cursed symbols, maybe you'll even be able to complete those damn Animus Anomalies. And then, come August, you will sail to Paris and history will come full circle.

But don't hope for a platinum. Valhalla is a bottomless pit.