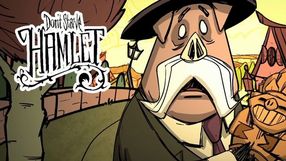 Another expansion to the survival action game developed by Klei Entertainment. This time the players can reveal the mysteries of the lost city of Pigmen. The DLC introduces new biomes, characters and creatures. 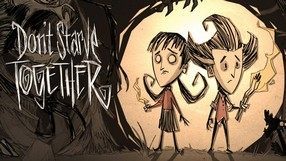 A standalone expansion for the 2013s well-received survival sandbox game, Dont Starve. The main goal of the add-on is to transfer the core premise of the original title into cooperative multiplayer gameplay. In the game, we still explore the world, gather food, build a shelter, fight various enemies, and take care of the protagonists physical and mental health. The primary novelty is the possibility of interacting with other players who can turn out to be either precious friends or deadly foes. Dont Starve Together allows us to play both with our friends and with complete strangers. Another appeal of the expansion is the fact that it comes with the previously released DLC, Reign of Giants, which expands the original title with new bioms, enemies, and a full year cycle. The production can be obtained free of charge by all owners of the vanilla game. 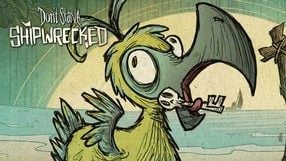 Another DLC to a best-selling sandbox survival game - Dont Starve. Unlike the previous two add-ons, this one was developed not by the original creators, but by Capybara Games - the team known for such games as Below or Superbrothers: Sword & Sworcery. Dont Starve: Shipwrecked focuses solely on single player content, drawing inspiration from the cult adventure novels, such as Robinson Crusoe. However, these were enriched with fantasy elements and a unique sense of humor. The expansion introduces new locations, characters, enemies, and weather effects. Additionally, the game lets you use a boat and sail around the sea dotted by numerous islands. In terms of audiovisuals, the add-on is on par with the base game. Although it includes a big chunk of new graphic elements, they match the original style.

The first of several official add-ons to the highly-original sandbox action game Dont Starve, created by the Canadian Klei Entertainment studio. Reign of Giants introduces many novelties, beginning with completely new biomes, filled with previously unseen creatures (the eponymous Giants), and numerous collectibles that might be as helpful as dangerous. Aside from that, two new seasons have been implemented: autumn and spring, which complement a full year cycle with all of its consequences (e.g. spring rain or summer heat). There are also two new heroes among playable characters: the actress Wigfrid and Webber, a boy living in the body of a spider. The visuals remained mostly unchanged, though the world of Dont Starve has become even bigger and more dangerous, forcing the players to face new challenges, some of which will require changing the strategies they used so far.