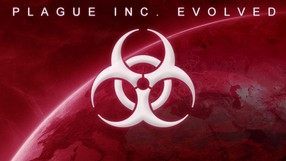 An unusual strategy game and simulation of deadly virus pandemic. The production is a complex port of a popular application for mobile devices and has been developed by independent British studio Ndemic Creation. Our task in this game is to create a deadly virus and find a way to spread it around the entire world. Our actions meet with the reaction of authorities trying to stop the development of plague, forcing us to act quickly and thoughtfully to remain one step ahead of the defense systems prepared by humanity. Compared to the original, visuals have been visibly enhanced, adding features like coverage of people fighting the outbreak or scans of human body that show mutations caused by the virus. The game features also multiplayer options, where we try to develop a pandemic in cooperation with other players, or compete to see who will destroy the human population first.