Mobile action RPG game that takes us on a journey to the fantastic world known from the MMORPG entitled Aion. In Aion: Legions of War, we travel through the land of Atreia, over which the spectre of extermination hung, we face numerous adversaries and gradually develop the hero and his companions. The title is distributed in the free-to-play model. 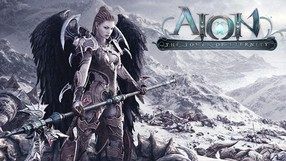 Aion is an MMORPG developed by the Korean developer NCSoft, known for creating the popular Lineage series. The game takes the player to a fantastical land of Atreia, divide by a cataclysm into two separate parts. The part of the world that is suffused with sunlight is inhabited by the so-called Elvos, who represent positive and enlightened values; the dark part of the world is home to Asmodians - distrustful and dangerous humans living across the ice-bound territories. The two parts of the world are separated by the Abyss - a battlefield between the feuding factions. Players have to choose a side in this conflict and lead to battle a character representing one of four main classes - a warrior, a scout, a priest, or a mage. Upon reaching a particular experience level, one can select two additional specialties. In comparison to similar games, Aion stands out in terms of its in-game world design - in the first locations one does not meet any foes controlled by the members of the enemy faction, fighting only AI-controlled minions. At the later stages of the game, the players are bound to encounter portals that take them to the lands occupied by the opposing faction - in such situations, the player has to fight characters controlled by other players. Thus, weak characters should join a group of other heroes or one of the so-called legions. Interestingly enough, apart from completing consecutive quests and battling foes, one can develop their skills in one of the several available professions (e.g. foraging, tailoring, and cooking). The game delivers also crafting mechanics allowing the players to improve their inventory. The built-in encyclopedia is a rich source of in-game lore. Aion features high-quality visuals based on the CryEngine technology.