Update #1: On 29 February 2012, the game has become available in free-to-play mode. At the same time, the developers offer a subscription (the so-called Gold Pack), which unlocks all the available bonuses.

Aion for PC is an MMORPG developed by the Korean NCSoft. The developers, who have been working on the game, used the experience they gained when creating the popular Lineage series, which comprises two installments and multiple expansions.

The story is set in a mystical and fantastical world called Atreia, which after a cataclysm, has been divided into two separate zones inhabited by two different factions. The light part of the world belongs to Elvos, who represent positive and enlightened values, however, they are ruthless to their enemies. The dark part of the world is inhabited by Asmodians  distrustful and dangerous humans living across the ice-bound territories. The two parts of the world are separated by Abyss, where once there stood the Tower of Eternity. Now, Abyss is mainly a battlefield between the feuding factions.

In Aion for PC, a player assumes the role of a character representing one of the four available classes  a Warrior, a Scout, a Priest, and a Mage. Upon reaching a particular experience level, one can select two additional specialties. The Warrior can become a defensive Templar or a Gladiator, the Scout can evolve into an Assassin or a Ranger, Mages can specialize themselves in dark sorcery (Sorcerer) or in summoning various creatures (Spiritmaster), while Priests can follow the path of a Cleric or a Chanter.

In comparison to similar games, Aion stands out in terms of its PvPvE combat system - in the first locations one does not meet any foes controlled by the members of the enemy faction, however, he has to fight AI-controlled minions. At the later stages of the game, a player is bound to encounter portals that take him to the lands occupied by the opposing faction  in such situation, a player has to fight characters controlled by other players. The climax of the PvP combat is the aforementioned Abyss  a territory where one battles only other players, however, it is possible there to accept assignments from NPCs and encounter Balaur monsters.

Aion for PC does not focus only on fighting monsters, other players and completing consecutive tasks  a player can decide to develop his character and learn one of the available professions. Each character can learn the arcana of foraging, blacksmithing, alchemy, enchanting, tailoring, and cooking  nonetheless, a player can achieve mastery in only one of these professions. Aion features also many mechanics known from other MMORPG games, such as improving items, communicating other players, extensive map and the in-game encyclopedia, creating clans (legions) and entering alliances. A player is bound to appreciate the high-quality visuals based on the CryEngine technology. 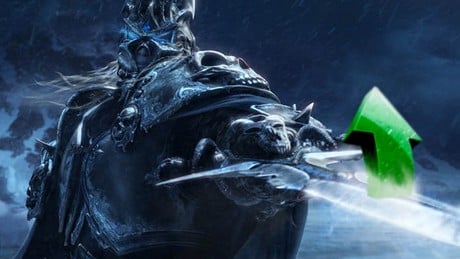