At today's conference, Apple devoted a lot of time not only to explain the functionality of the new version of the Apple TV application but also on the announcement of Apple TV+, a VOD service that will compete against such giants as Netflix and HBO Go. Let's begin with the second one.

A gallery of big names is preparing the productions that will hit the Apple TV+ platform (interestingly, they have cost over a billion dollars so far). We will see a new version of Amazing Stories, directed by Steven Spielberg. The service will also feature the Morning Show series (created by Jennifer Aniston, Reese Witherspoon and Steve Carell) and See (featuring Jason Momoa and Alfre Woodard). In addition, we will be able to watch Little America (announced by Kumail Nanjiani), the musical Little Voice (presented by J.J. Abrams and Sara Bareilles) and a new show from Oprah Winfrey. 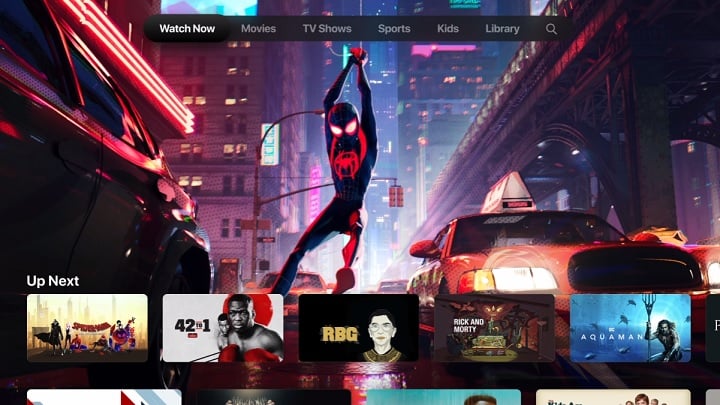 Tou will not need the company's hardware to use Apple TV.

The new version of the Apple TV application will not only enable us to watch original content but also buy access to content from other service providers (such as Amazon Prime, Hulu, History, Cinemax or HBO) within the so-called "Channels". It is worth mentioning that the productions in their offer will be available in Apple TV offer, without the need to install additional programs. The app will not require permanent access to the network, and we will be able to download and view the content of our choice offline.

Interestingly, the app will be available not only on Apple's devices but also on Smart TVs from manufacturers such as Sony, Vizio, LG and Samsung; it will also be available to Amazon Roku and Amazon Fire TV owners. It should also be added that Apple is committed to privacy, so it does not intend to share our information with anyone. Like Apple TV+, the refreshed Apple TV will be launched in over a hundred countries.