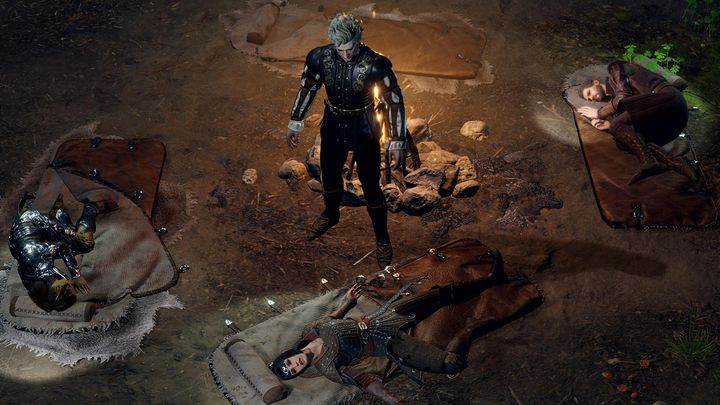 Baldur's Gate 3 will require the player to think and be careful.

The live shows of Baldur's Gate III have already proved to us that it's going to be a difficult title - Larian Studios' boss, Sven Vincke, has had several occasions to kill a character in his game (he always took it bravely, throwing comments like "oh no, again. This wasn't supposed to happen" or "you won't believe it, but I went through this fifteen times before the show"). There is no doubt that the game will require a lot of caution from the players. This is perfectly illustrated by an interview with Nick Pechenin, who, talking to Rock Paper Shotgun journalists, said that in BG3 we can die literally in the first fifteen seconds of the game.

"If youre not careful you can die in Baldurs Gate 3 as Astarion in the first 15 seconds of the game, he told RPS VidBud Matthew. If you click on the river, thats the Chionthar river thats going past you, and if you just dont pay attention you will dissolve in acid, right there on the spot where you spawn," said Pechenin.

According to folklore vampire cannot cross a river (this is one of the weaknesses of these creatures), but a still pond or a puddle is not a problem. The creators of the game had to look through the whole world of Baldur's Gate III - piece by piece - and check if the places where the water was located are properly marked. Thanks to this, Astarion won't die, for example, by going through the wrong puddle. The game also takes into account other characteristics of undead bloodsuckers - such as the fact that they have to be invited to a house before they can enter it. It is worth noting that these unique mechanics are not meant to be extremely restrictive - the point is not to make the fun difficult for the players, but to give them an interesting character to play.

"At the start of the game there is a settlement that you help repel an attack from goblins, and they kind of shout come on in, more goblins coming and Astarion goes Ah! Im invited!'," says the designer, giving an example of tricks used by the developers.

We remind that Baldur's Gate III is coming to PC and Google Stadia streaming platform. The PC version of the game should be available in early access in August.

Kickstarter Campaign for Eiyuden Chronicle: Rumors of the Next Generation Nintendo Console

Capcom Lists Resident Evil 7 as Sales Leader of the Franchise