In connection with the outrage directed at publisher Warner Bros. Interactive Entertainment, main developer Rocksteady Studios, and the creators of the PC port  Iron Galaxy Studios, a decision was made to suspend the sales of the PC edition of Batman: Arkham Knight.

A statement was published on the official forum of the game containing an apology for releasing the imperfect game. The players have been ensured that every effort is made to improve the situation, but until the new installment of Batman for PC is fixed, it cannot be purchased on Steam. At the same time, the developers reminded that those who bought the title on Steam can take advantage of the recently introduced refund option. In, turn, the players who purchased a box version were advised to return it to their local retailer (though this might pose a problem, as most stores require that returned games are not unpacked).

The others must wait for patches, which will hopefully be released soon. 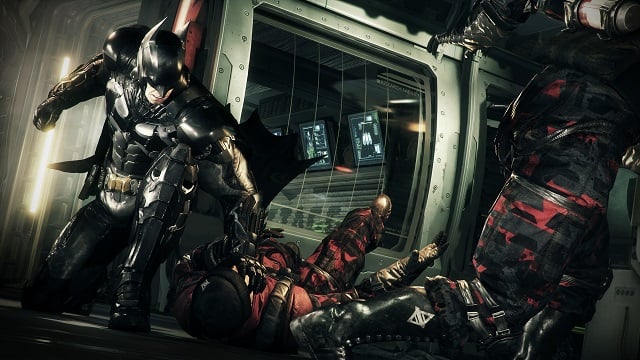 Poor optimization of Batman: Arkham Knight was too much to take for many computers.

Batman: Arkham Knight is the fourth installment in the Batman: Arkham series, and the third produced by RockSteady. This time the main opponent of our hero is Scarecrow, supported by other villains. Luckily, in the fight against the thugs Batman can rely not only on his skills but also the Batmobile.

Batman: Arkham Knight is a great production and an excellent finale of the famous series of action adventure games from RockSteady. Unfortunately, this is the truth only for owners of the console version, as the PC gamers have been experiencing various issues and dealing with extremely poor optimization. Admittedly, temporary solutions appeared online, which are associated with modifying .ini files. The developers also revealed how to set the graphics, but their advice doesnt work in every case. Whats most important is that this whole experience is not what the players paid a lot of money for. Yersterdays piece of news about the PC version offering inferior quality of textures and missing some effects as compared to the console edition, definitely didnt help.

Pillars of Eternity  New Features and Improvements In Patch 2.0