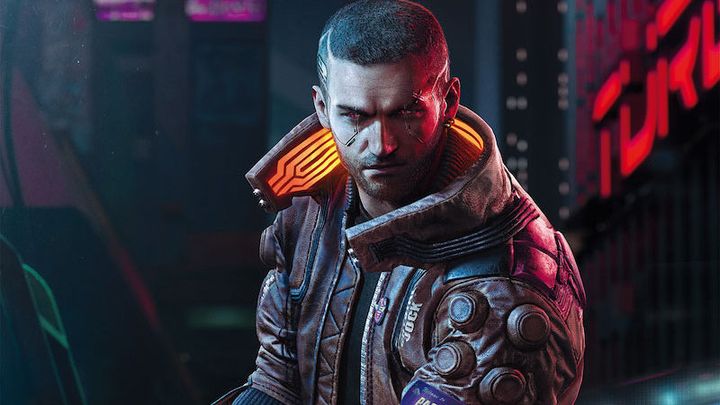 Looks like there are more parties interested in capitalizing on the hype surrounding Cyberpunk 2077  for those of you who have just woken up from at least a 7-year-long coma, Cyberpunk 2077 is a video game thats currently being developed by CD Projekt Red and will be released on 16 April 2020.

After several years of radio silence, the Polish studio dropped a bomb with last years gameplay trailer and released the Kraken by presenting the cinematic trailer starring Keanu Reeves as Johnny Silverhand during this years E3.

The hype train is gaining momentum, players are pre-ordering the game, while those who already cant wait for more Cyberpunk-related content decide to look online for some merchandise. Unfortunately, most of what they find is not based on the official CP license in any way. Many different online shops offer t-shirts, hoodies, posters, even underwear with the likeness of Keanu as Johnny or different slogans with font utterly resembling the one used for Cyberpunk 2077 logo (some shops dont give a crap and simply imprint the said logo protected by copyrights without paying anyone), and mugs with characters showcased in different trailers and teasers. I am not even taking the trouble to put some links here, as a form of illegal black list, lest someone decides to use it to actually purchase a piece of ILLEGAL merch. Remember that the income from selling official merch helps the studio that creates the game we are all waiting for. CD Projekt Red has an official webstore operating within EU for nearly two months, and they are about to launch the official store for the US and Canada markets in August 2019. It sounds reasonable to show our support for the game and purchase the merchandise there. 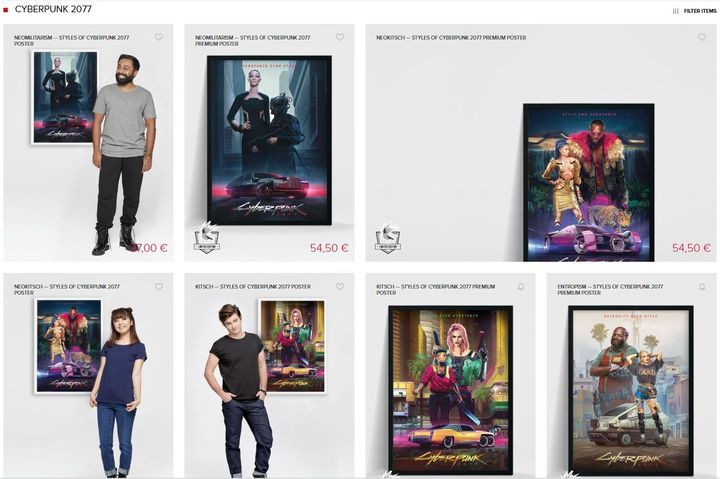 Then, there is the question of quality. The lower price of the counterfeit and, again, illegal piece of merchandise is caused by the fact that the materials and fabrics used for producing say a t-shirt and printing the illegal copy of Keanus face on it leave a lot to be desired in terms of quality and durability. So ask yourself this  do you want to pay more for an official shirt that will last longer, or less for a fake that in several months wont even be good enough to give your mom for cleaning the windows?

Here is a LINK to official shop that sells licensed Cyberpunk 2077 merchandise. After navigating there, youll sure notice that many items are coming soon, while others have been sold out. Seeing how CD Projekt Red has taken care of their fans I am more than sure that this situation will be resolved shortly allowing all of us to buy a little piece of Cyberpunk world for ourselves.