DuckDuckGo was created in 2010 as an alternative to the widely used Google search engine. It focuses on maximum user privacy. This is ensured by not tracking the search history and by not profiling the user based on this data. In addition, the company does not store or share information about users with third-party entities. Not surprisingly, on January 11 ,the website registered a record of its own popularity, when privacy enthusiasts entered a total of more than 102 million queries into the search engine. What's more, the average number of search terms entered per day in 2020 is up 62% from 2019. 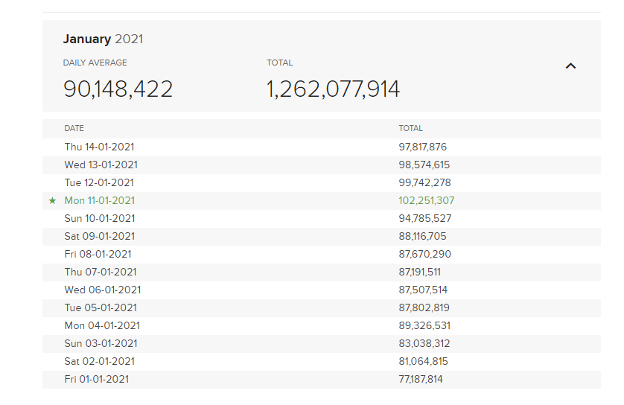 Just a year ago, those numbers were nearly half that

While some attribute this surge in popularity to recent scandals, such as the flow of data between WhatsApp and Facebook, the reason may be somewhat different. Namely, it's the public's growing awareness of its own data and what happens to it later online. People are increasingly turning to measures that will ensure their anonymity online and avoid intrusive, increasingly personalized ads.

DuckDuckGo plug-in can be installed in Chrome, Firefox and Opera browsers, among others, and Vivaldi is integrated with the browser. In addition, the developers have made the app available on Android and iOS mobile devices.