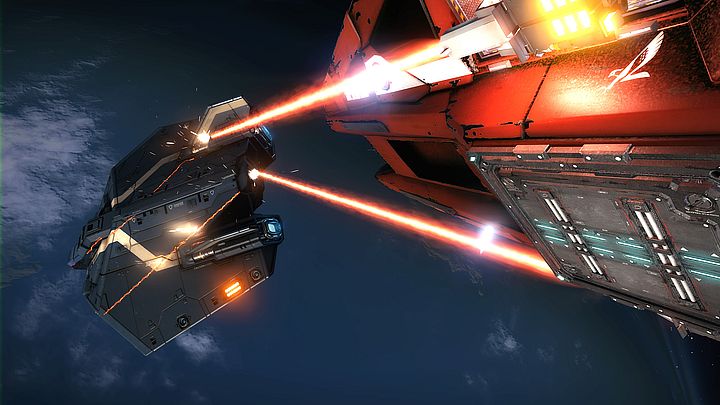 Elite: Dangerous will get a free upgrade.

Frontier has prepared a surprise for owners of the space sim Elite: Dangerous on PC, PlayStation 4 and Xbox One. On October 27, they will receive a free update that will bring all the contents of the Horizons pack. The pack consists of 5 expansions adding a number of new features. The biggest one is the ability to land on 1:1 scale planets and explore them using a special ground vehicle, the SRV Scarab. In addition, the pack implements a new mission system, new crafting items, short range fighters and extensive multiplayer options to invite other players to the bridge of our ship.

The creators have announced that people who have previously purchased Horizons will not regret their decision. They will receive an exclusive paint scheme called Azure that will be compatible with every ship available in the game. Additionally, if someone is interested in getting this bonus, they haven't lost the chance yet - Horizons will remain on sale until October 26.

It's worth mentioning that Frontier is still developing Elite: Dangerous. The Odyssey expansion is due to be released next year. It will enable us to leave the cockpit of the ship and explore many planets appearing in the game on foot. What's more, NPCs will inhabit some locations on their surface.