The overall rating of the Leviathan DLC for Europa Universalis IV on Steam has dropped even further, despite the fact that Paradox Interactive has already released a patch to fix a whole host of bugs in areas such as AI, balance, interface and stability (you can find the list of fixes here). Currently, only 10% of over 1400 reviews are positive. Although, contrary to popular belief, this is not the lowest video game score on Valve's platform (Jurassic Island: The Dinosaur Zoo or the Lord of Thunder DLC for Code Vein were rated even worse), the situation is definitely difficult.

Across nearly eight years since its release, the hit strategy game Europa Universalis IV has lived to see thirteen large expansions. For the most part they have not met with a very warm reception among the players. Paradox Interactive's controversial publishing policy is to blame for this, according to which the main game is gradually expanded by smaller or larger DLCs and accompanying free updates.

Yesterday, as previously announced, Europa Universalis IV received another, fourteenth, major expansion titled Leviathan. It focuses primarily on expanding the gameplay of nations starting out in the Southeast Asia region, as well as introducing a number of changes to the diplomacy and economy systems in the form of such mechanics as Concentrate Development (development of only one city) or Centralize State (option to minimize development costs). And, no surprise here, the new DLC also met with criticism from the players. However, it is much harsher than in the case of previous expansions. At the time of writing these words, on Steam only 12% of 788 published reviews of Leviathan are positive. What is it about this DLC that has annoyed audiences so much? 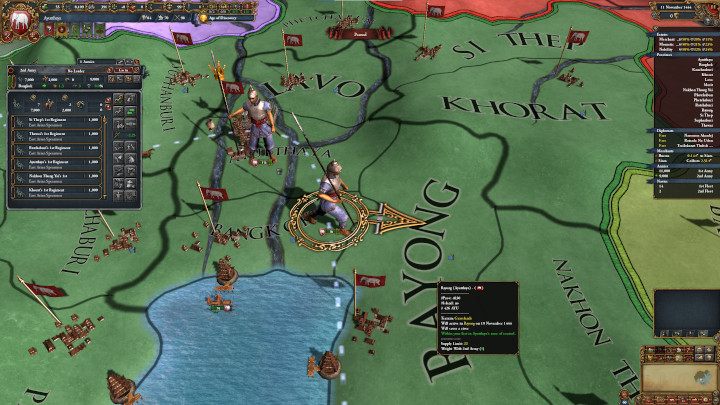 Among other things, the new expansion for EU4 is supposed to make the game more enjoyable in Southeast Asia.

First of all, the users draw attention to the fact that the expansion completely spoiled the gameplay balance. It's all about some bonuses which give far too big an advantage and make one province "gain" dizzying amounts of development points. As a result, colonization of North America and fighting Indians can be extremely difficult in the DLC.

Generally, according to the players, the Leviathan DLC seems unfinished. A lot of icons and options are inactive and serve only as "placeholders", and some are simply missing. Monuments, which are new structures that can be built in exchange for various bonuses, are very unintuitive and way too powerful. On the other hand, the widely advertised patches for Southeast Asian countries may prove to be severely disappointing for some. 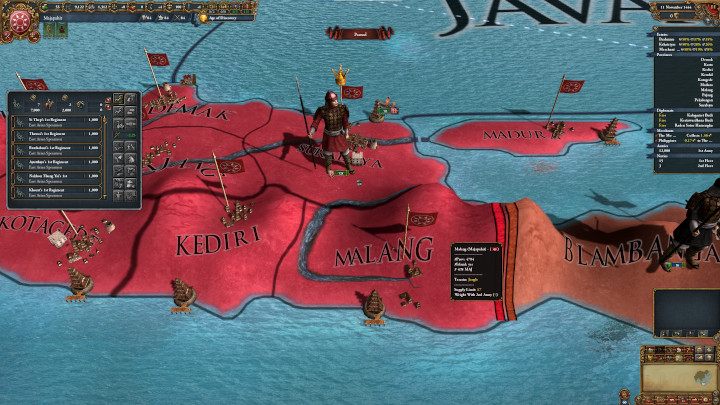 World conquest beginning with the Indonesian archipelago? Why not?

That's not all. To make matters worse, installing the new add-on makes Europa Universalis IV highly unstable. Crashes to desktop are the order of the day. In addition, the optimization is very bad and the title can stutter even on very good hardware. Bugs are also present in the multiplayer mode, which for many has become simply unplayable because of desynchronization and various bugs.

Of course, not everything is wrong with Leviathan . Some players praise the new missions, for example. The beautiful drawings of monuments, which embellish the events related to them, were also appreciated.

All in all, if you've been thinking about picking up Leviathan for Europa Universalis IV, then Steam users strongly recommend that you hold off at least until Paradox Interactive decides to release a new update. Let's hope that it appears as soon as possible and eliminates the most significant issues, be it with the gameplay or with the game's technical conditions.

Finally, Paradox Interactive has already announced that support for Europa Universalis IV will continue for some time. Two more expansions are to appear this year alone. Let's keep our fingers crossed that their release will be a little less problematic for the players.