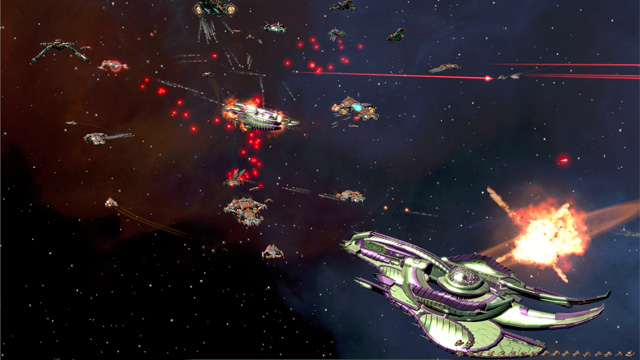 Galactic Wars will begin in three weeks.
Galactic Civilization III in a nutshell:

Fans of 4X space strategy games may circle May 14 in their calendars. Stardock studio announced that the full version of the game Galactic Civilization III is going to hit the market on that date. Only PC release is planned. Early alpha of the project debuted in Steam Early Access in August last year and since then it has been regularly expanded and improved. Three days ago, the authors made the 5.3 beta version available; at this stage virtually the entire content was implemented anew. Now, the developers are focusing mainly on fixing the remaining errors and improving optimization. At the same time they openly admit that the premiere will only be the beginning of the game and it is to be developed in the upcoming years, both through free updates and paid expansions.

The second installment in the series remains one of the best productions of the genre, so expectations regarding the sequel are running high. For Stardock, it's also an opportunity to repair its tarnished reputation. After the release of Galactic Civilization II the team gained an excellent reputation, which was, however, destroyed by the terrible technical condition of their next project, Elemental: War of Magic. It took a host of updates and two vast add-ons to improve the situation, but the authors failed to erase the bad impression entirely. Galactic Civilization III was available in Steam Early Access at a very early stage, one of the reasons being to help the authors avoid repeating the same mistakes.

The goal of the game is obviously to conquer the galaxy. The players will be able to choose between eight unique factions, while also having an opportunity to create their own race. Well get to colonize worlds, take care of the needs of the population, develop technology, trade and diplomacy, as well as wage wars against rival empires. During armed conflict, the main focus will be on the system that allows us to manually design the vessels in our fleet.

The engine of Galactic Civilization III does not support 32-bit operating systems, which allowed the authors to avoid memory limitations. As a result, the events featured in the game will have a much larger scale than the one experienced in the previous installments of the series. Moreover, the production will introduce a multiplayer mode for up to four players.