It looks like iPhone 12 series will not be able to support 5G while in Dual SIM mode. The smartphone owners will be limited to 4G LTE unless they choose to use only a virtual eSIM card. A leak from the FAQ on Apple Sales Web (published on Reddit) has been reported as source. 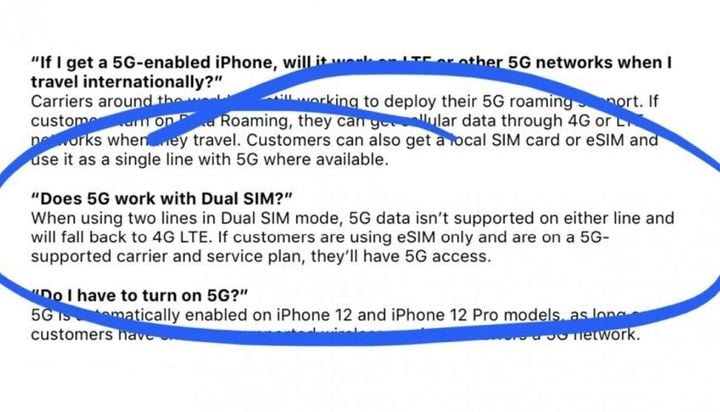 GSMArena editors suggest (citing anonymous speculation) that Apple may resolve the issue with a system update before the end of the year. However, for the time being, it is not certain whether the leak is true or whether it is something that can be fixed in the software patch. All that remains is to arm ourselves with patience and wait for the official position of the company.