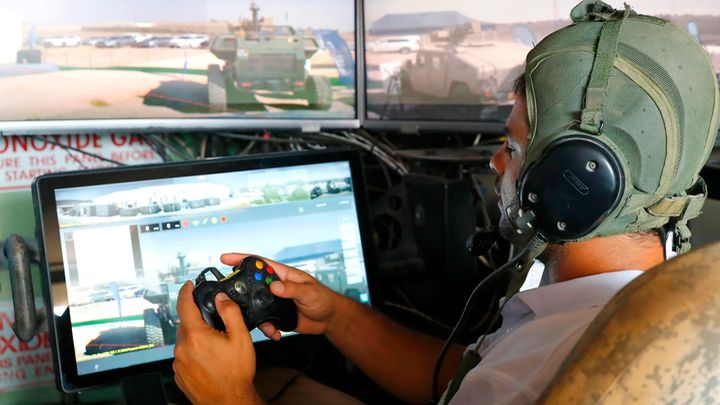 As reported by The Washington Post (via Kotaku), the Israeli army is testing a new tank developed by Israel Aerospace Industries (IAI), in which the control system is based on... the Xbox controller. The goal was to develop a solution that would make it easier for the younger generations to achieve the required efficiency.

"It’s not exactly like playing Fortnite, but something like that, and amazingly they bring their skills to operational effectiveness in no time. I’ll tell you the truth, I didn’t think it could be reached so quickly," said Colonel Udi Tzur, commander of the Israeli battalion about the soldiers testing the system.

Besides the controller, the tank also uses several tablets. The interface displayed on them is illusionally similar to what we know from an average shooter - we have a map, amount of ammunition and icons of available weapons. What's interesting is that it's no coincidence that it was decided to use the existing controller, not to develop a new one.

"They know exactly the position of those buttons, and they can reach much better performances with that system. The controller is just the interface, the whole idea is to present a sophisticated technology in a way they can deal with," says Meir Shabtai, Chief Manager of Robotic Systems Operations at Israel Aerospace Industries.

To be honest, IAI's idea fills me with a mixed feeling. On the one hand, I understand the desire to achieve maximum efficiency on the battlefield (and shorten the time spent on training soldiers), but on the other hand... I can't get rid of the impression that there is some subliminal manipulation. There is something disturbing about using the memories and habits of digital entertainment to control a steel monster and kill for real.