One of the veterans of Blizzard Entertainment, Jeff Kaplan, is leaving the company after 19 years. Overwatch's director did not explain his decision, but the game's sequel is said to be unaffect.

It turns out that the new cryptocurrency known as Chia may affect the availability and increase prices of other PC components. This time it would affect HDDs and SSDs.

Stanislaw Just, head of Covenant.dev explained the mechanics and plot of the newly announced game Gord in a detailed interview for Opattack.

Demo versions of games on consoles are not something common these days. Especially in the case of PS5, where in the entire PS Store we can find only 3 titles offering free demos. In a discussion on forums we can hear voices that owners of Sony's new console want more demos.

A new character in Apex Legends was presented. It's Valkyrie, the daughter of Viper, a character known from Titanfall 2. What's most interesting, in the video revealing the heroine we also see a titan.

The PlayStation version of Cyberpunk 2077 met with a very critical reception. The problems associated with it could be listed for hours. The latest patch 1.2 and hotfix 1.21 fixed many of them, but not all. It turned out that in order to unlock one of the trophies players have to go back to version 1.0.

The trailer for the long-awaited second season of the sci-fi series titled Love, Death and Robots is now available. Netflix also confirmed plans for a third season.

Refreshed editions of Baldurs Gate (with Siege of Dragonspear), Baldurs Gate II and Icewind Dale received a new, major update, numbered 2.6. Among other things, it improves performance on 64-bit systems, eliminates a lot of bugs and adds a number of new features. 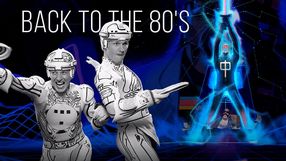 Narita Boy and the Double-Edged Techno Sword of Nostalgia

Of the numerous ways to market a pop-culture product such as a video game, nostalgia is probably the sneakiest. It flaunts the promise of reliving the good ol' days, never coming clean about nostalgia's contradictory nature that prohibits its fulfilment.

Assassin's Creed Universe Will be Enriched by New Comics and Books

Ubisoft revealed its plans to expand the Assassin's Creed universe. The franchise will be enriched with new books, comics and projects created in collaboration with Netflix.

CI Games summed up 2020 in its recently published financial report. The company earned almost $2M during this period. The document also included information on the sales of individual games.

Yesterday, Valheim received patch 0.150.3. Apart from bug fixes and many improvements, the patch also made it easier to use the hoe, which was appreciated by the game's community.

BioWare presented the first photo of the new figurine of the popular Mass Effect character Liara T'Soni. The item should go on sale in 2-3 months.

On the occasion of the 10th anniversary of the release of Portal 2, the mod Portal Reloaded was released on Steam Workshop. It offers a new single-player campaign, in which the gameplay is enriched by the possibility of time travel.

Several mods available on Nexus Mods restore content that was cut from the final version of Cyberpunk 2077 - we're talking about quests, clothes or models of famous characters from the universe.

Earthblade is the New Game From Celeste and TowerFall Devs

Developers of Celeste announced that their next project will be the platform game Earthblade. Unfortunately, everything seems to indicate that we'll have to wait a long time for the game.

Responding to an Internet user's question on Twitter, Phil Spencer - the head of Xbox - noted that PC games will sooner or later be available for xCloud streaming on Xbox Game Pass. For now, however, the priority is on console titles.

Horizon Zero Dawn Available for Free in Play at Home

The Play at Home initiative continues. Starting today, PS4 and PS5 owners can pick up the open-world action game Horizon Zero Dawn Complete Edition for free. The action is time limited and will run until May 15.